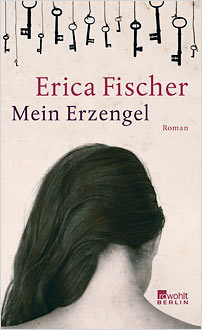 This brisk and compulsive novel tells a tale of obsession and misplaced idealism, of the fallout when survival and guilt collide, and of how public events leave their imprint on personal relationships.

Ruth is the daughter of a Jewish victim of Nazism who took refuge in England during the war. The story begins as Ruth, an active member of the women’s liberation movement during the 1970s and now approaching fifty, places a personal ad in the newspaper. Attempting to sample the same freedom as men enjoy, she takes a series of lovers and still retains her independence – until she meets the Dutchman Michael, with whom she falls helplessly in love.

The pair marry soon after and move to Amsterdam. Michael aims to challenge gender roles, too, acting as if Ruth were mistress and he servant, but it is not until war breaks out in Yugoslavia that the true nature of Michael’s character begins to be revealed. With war on European soil once again, Michael’s attention shifts from Ruth and he becomes absorbed in finding asylum for the desperate refugees arriving in Amsterdam. A psychotherapist friend of Ruth’s believes that Michael’s obsession with aiding victims is clinical – ‘helpers’ syndrome’, a form of narcissism. So it becomes evident that Ruth’s Jewishness and her inherited victimhood are not incidental to Michael’s passion. We learn much later that Michael’s father was in the Dutch version of the SS, and that Michael took great pleasure in telling his father that he was to marry a Jew.

As Ruth and Michael’s relationship breaks down, she discovers that he has left behind him a string of failed relationships with older women – all of whom he abandoned when, we presume, a more urgent victim came along. This realisation that she has become one of Michael’s own victims causes Ruth to wrest the story back from him, and the novel ends with her affirming her independence once again.

So Ruth and Michael’s story becomes a tale of the clashing of the public and the personal, of the danger of trying to compensate for the previous generation’s misdemeanours, and of how idealism can easily slip into destructive obsession. Set against a background of modern European conflict, this gripping, fast-paced narrative of love and loss is a fascinating exploration of human relationships in the modern world and will appeal to a wide audience.

Erica Fischer was born in 1943 as the daughter of Austrian émigrés to England. In 1948 the family returned to Vienna, where Erica subsequently studied foreign languages and worked as a journalist. Since 1988 she has worked as a freelance author, journalist and translator in Germany, and now lives in Berlin. In 2009 Erica Fischer received the Hedwig Dohm Certificate in recognition of her journalistic achievements.

Previous works include:
Fischer’s historical novel Aimée and Jaguar (1994) became a world-wide bestseller and has been translated into twenty languages and made into a film. She has also published Die Liebe der Lena Goldnadel (2000), Die Wertheims (2003) and Himmelstraße (2007).