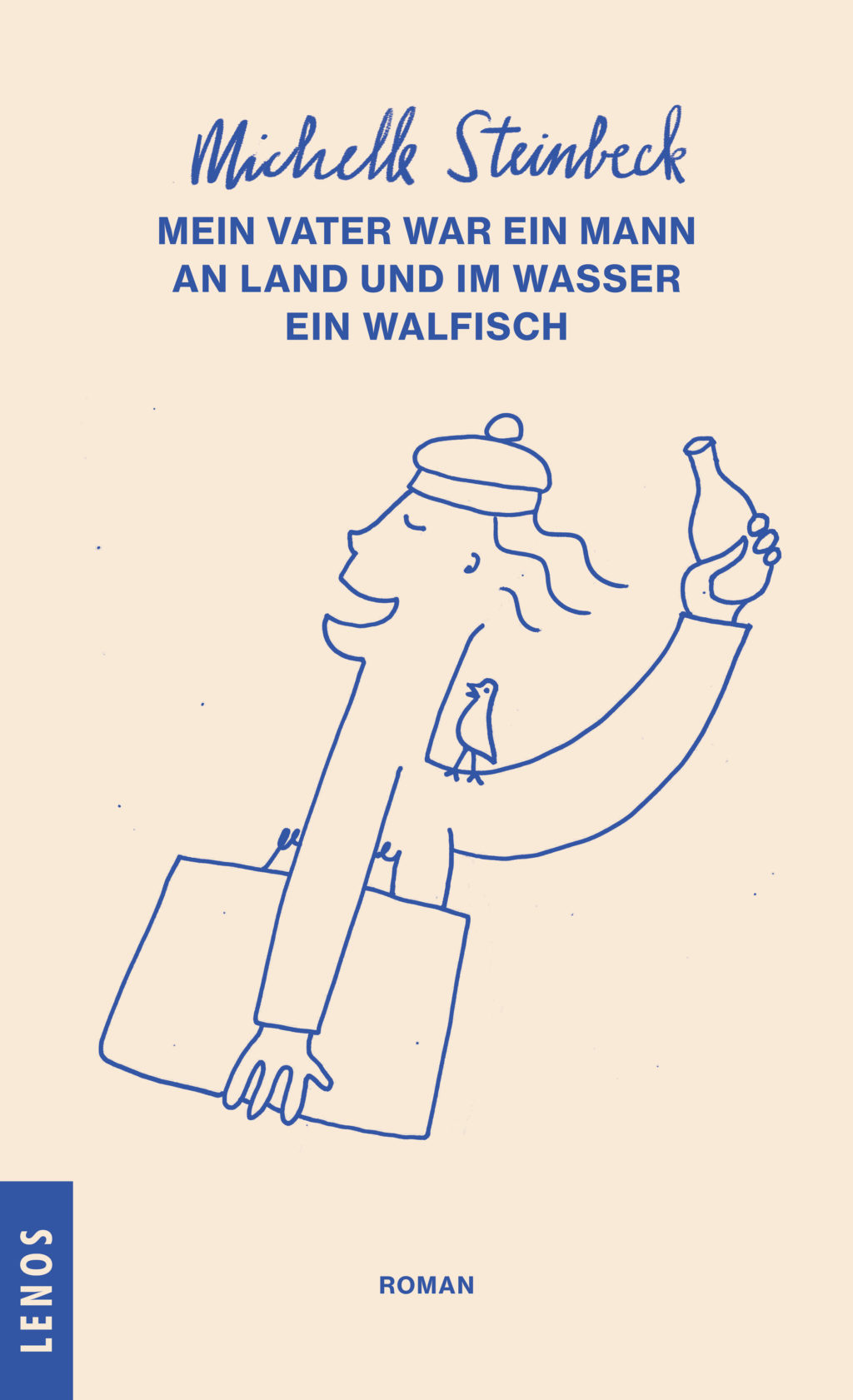 A young woman goes on a perilous journey in search of her absent father. What ensues is a Freudian adult fairytale in this exciting debut by young Swiss author Michelle Steinbeck.

A child attacks Loribeth with an iron while she is sleeping. In retaliation Loribeth throws the iron onto the child from an upstairs window, packs the damaged body into a suitcase and sets off on her travels. Thus starts Michelle Steinbeck’s unusual, poetic novella about a young woman’s transition from childhood to adulthood. Loribeth and her suitcase begin an odyssey through a variety of nightmarish locations such as the violent and foul-smelling red town, and a ship traversing a turbulent sea.

On her journey she encounters various characters and has to choose between two men. She picks Fridolin and moves into a rotting house on a cliff edge with him and his sister Mabel. But when Loribeth finally reunites with her father, he questions her choice of domestic happiness. Does she really want to spend her life with Fridolin before she has seen more of the world? After this encounter, Loribeth perceives her life as nothing but a deadening routine. Escape seems to be the only way out. But the sleeping pills she takes in a suicide attempt have no effect, and in the end Loribeth steals Fridolin’s car and takes off into the night on another journey.

In this fantastical novella, Steinbeck depicts her protagonist’s unsettled state of mind in poetic and energetic prose. The disturbing people and places Loribeth encounters in search of her father convey her sense of dislocation in and alienation from the world at large. Surreal elements are reminiscent of the writing of Kafka, but also of a vogue of new young writers such as Valerie Fritsch or Teresa Präauer. Steinbeck subverts the conventions of the fairy tale to deal with the psychological state of a girl growing up with a troubled relationship to her family. Her imaginative approach and lyrical style of expression make for a different kind of coming-of-age novel and a striking debut.

Lenos Verlag is a Basel-based publisher with a focus on Swiss literature as well as writing from Egypt, Libya, Syria and Tunisia in German translation.