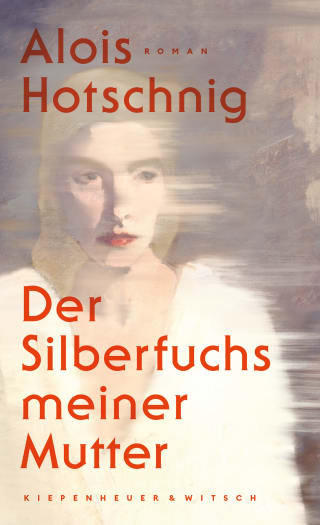 Alois Hotschnig’s latest novel, My Mother’s Silver Fox ,is a fascinating account of the life of a child born as a result of the Lebensborn programme. Lebensborn was an SS-initiated society in Nazi Germany which aimed to increase the birth rate of ‘Aryans’, providing welfare for (often unmarried) women who became pregnant by SS officers, and often mediating the adoption of the children.

The story unfolds as if the reader is being addressed directly – perhaps in a bar – by a colloquial and emphatic speaker who interweaves the past and the present. Heinz, the storyteller, was born in 1942 to a Norwegian nurse, Gerd, and an Austrian soldier who had been in her care. Fearing that Norwegian resistance fighters might shoot Gerd as a traitor, the soldier persuades her to leave her homeland. She travels to Austria, where the child is born. Heinz is placed first in a home and then with a foster family, and only sees his mother again in 1946, when the Red Cross helps her to find him.

Heinz remembers his time living alone with his mother as ‘the best time’ – but it does not last. Gerd marries a local man, and has further children by him. The stepfather is brutal, and Heinz’ hatred of the man grows. Heinz does, however, find release, protection and comfort through his love of the theatre, and goes on to train as an actor.

As Heinz grows older he begins a long quest to find his real father. His mother suffers from severe epilepsy and is unable to endure the stress caused whenever Heinz asks about him. So the boy sets about making his own enquiries. Eventually he discovers his father working as a local butcher, but the man does not seem to want anything to do with his son.

The story unfolds as Heinz gradually learns more about the events surrounding his birth, interviewing neighbours and relatives who were around when his mother arrived in Austria. Eventually he is contacted by a distant relative in Norway, and he is sent a number of letters between his parents and various other members of their families. Heinz suddenly sees his origins in a new light.

Though fictional, the novel is based on the testimony of Heinz Fitz, a child of the Lebensborn programme, with whom Hotschig worked closely. It is a remarkable tale of a generation whose plight is little known in the English-speaking world, and is likely to have wide appeal.

Alois Hotschnig, born in 1959, is a freelance author. He has won numerous prizes for his works including the Province of Carinthia award at the Ingeborg Bachmann competition in Klagenfurt, the Anna Seghers prize, the Italo Svevo prize for his complete works and the Austrian State Prize for European Literature. His works have been translated into several languages.