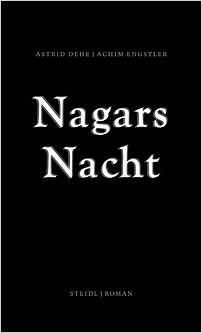 Shalom Nagar, a Yemenite who came to Israel as a teenager, served as the executioner of Adolf Eichmann on 31 May 1962. Nagar had been one of Eichmann’s guards during both his trial and subsequent imprisonment. In the absence of trained executioners in Israel, the twenty-two guards involved in Eichmann’s imprisonment were required to draw lots. Nagar – the only guard who had specifically asked not to be involved with the execution – drew the short straw. Since that day in May 1962, Nagar has thought of little else and has been haunted by the ghost of Eichmann.

Fast forward fifty years to just outside Tel Aviv, where Nagar, now in his seventies, raises chickens, sheep, and goats. He is often visited by his friend Ben, who brings with him the wheelchair-bound Moshe, whom Ben met on a kibbutz years before. Nagar can talk of nothing but Eichmann, mulling over their time together at the prison and his role in Eichmann’s death, and recounting fantastic stories concerning the Eichmann who visits him after death.

Halfway through the novel, Moshe reveals his own story to Nagar and Ben. His father, named Schneider, had worked for Eichmann in the mid-1930s, but an investigation into the backgrounds of SS members revealed that Schneider was Jewish. Eichmann spared his life and sent him away to Switzerland to start a family. Moshe, whose real name is Adolf Schneider, rebelled against his family background and emigrated to Israel. Now Moshe, who was also present at Eichmann’s trial in Jerusalem, begins to question Nagar’s account and its inconsistencies, drawing on his own knowledge and research. Exasperated by Nagar’s contradictory account, Moshe begins writing his own version of events. But Nagar has an explanation for everything and will not waver from his story. Until it comes to the oven in which Eichmann was reputedly cremated after his death…

Interspersed with quotes from Eichmann’s testimony and writings, this novel considers memory’s role in history and the differing, often conflicting versions of recorded history. At the same time it reflects each character’s own identity conflicts. Does Moshe, a Jew named for Adolf Hitler, owe Eichmann, who spared his father, his own life? Is Nagar, with Eichmann’s blood on him, now also part Eichmann?

Astrid Dehe is a journalist, translator, and teacher. She was raised in Aachen, and today lives and works in Münster.

Achim Engstler, born and raised in Wilhelmshaven, is a university and adult education lecturer and author. Dehe and Engstler have worked as a writing duo since 2008.

Gerhard Steidl began working as a designer and printer in 1967. He started out printing posters for art exhibitions, and very soon Joseph Beuys and other artists were among his customers. In 1972, the first Steidl book, Befragung zur documenta (‘Questioning documenta’) was published. From political non-fiction he expanded into literature and selected art and photography books. Since 1993, Steidl has held the worldwide rights to the work of Nobel Prize laureate Günter Grass. Celebrating some of the most distinctive voices in contemporary literature, Steidl publishes German literature as well as translations from French, English and Icelandic.