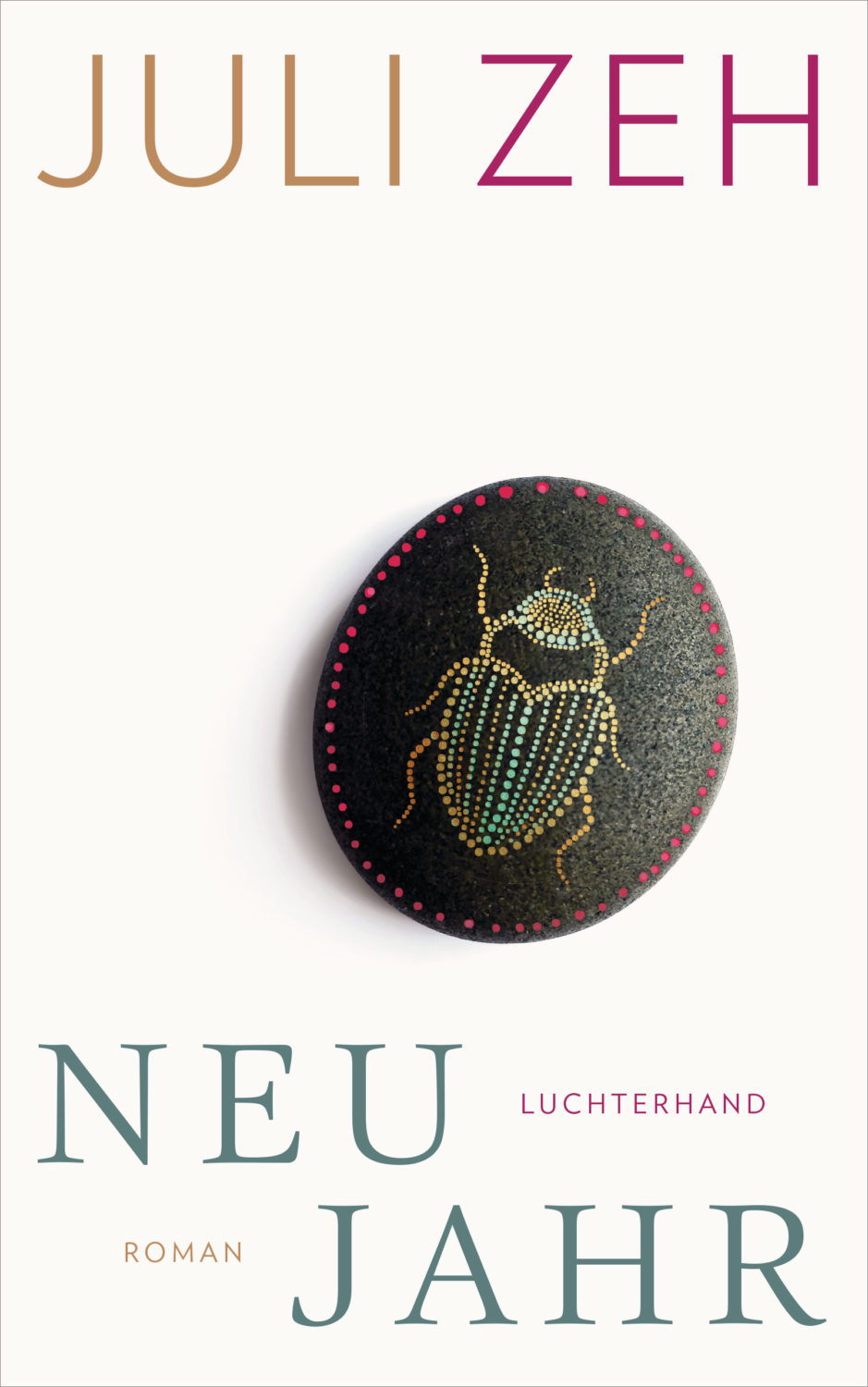 The skilful hand of author Juli Zeh is evident throughout this masterful novel, as the conventional tale of a middle-aged, middle-class father out for a New Year’s Day cycle shifts into a dark psychological fairy tale.

Henning has a good life, working from home much of the time in order to share parenting duties with his wife Theresa. But he’s increasingly behind at work, and it feels like it’s been ages since he’s seen friends, read a novel, or just had time to sit and think. Still, he loves his children, he and Theresa get along for the most part, and he is basically content.

Henning wakes up on New Year’s Day resolved to make good on his resolution to start cycling again. The family are on holiday on Lanzarote, and Theresa has been admonishing him for not using the bike he has rented for their stay. He decides to cycle to the village of Femes, a short stretch up a steep incline. When he finally makes it to the top of the mountain, he reaches the village but doesn’t encounter a soul. He drags himself up to a house farther up the road before collapsing in the heat. A woman finds him and gives him water and food. She shows him the house, which seems somehow familiar. It triggers a memory, buried in his subconscious: when he was a boy, his mother and father left him and his sister alone in that same house for three days.

The second half of the novel recalls the three days Henning and his sister Luna spent alone in the family’s rented house in Lanzarote, revealing the distressing circumstances of their abandonment. Henning is about five years old and Luna is two. This section, related in a third-person narration that is closely aligned with Henning’s child’s perspective, expertly captures his fear and despair at his parents’ absence. These feelings are compounded by his worry that he is failing them by not taking care of Luna, by not keeping the house clean, by not going to bed at the right time.

Henning’s concerns about his increasing workload and financial insecurity are relatable in our current cultural moment, and the gradual pivot from everyday realism to surreal horror, recalling Elena Ferrante’s The Days of Abandonment or Martin Scorsese’s film Shutter Island, is highly compelling. New Year is an impressively original book whose elegant construction testifies to Zeh’s writerly prowess.

Juli Zeh was born in 1975, studied law in Passau and Leipzig and obtained a PhD in European and international law, followed by longer stints in New York and Krakow. Her debut novel Eagles and Angels was an international bestseller, and since then her books have been translated into 35 languages. She has been awarded myriad prizes for her work, including the Carl Amery Literature Prize, the Thomas Mann Prize and the Order of Merit.