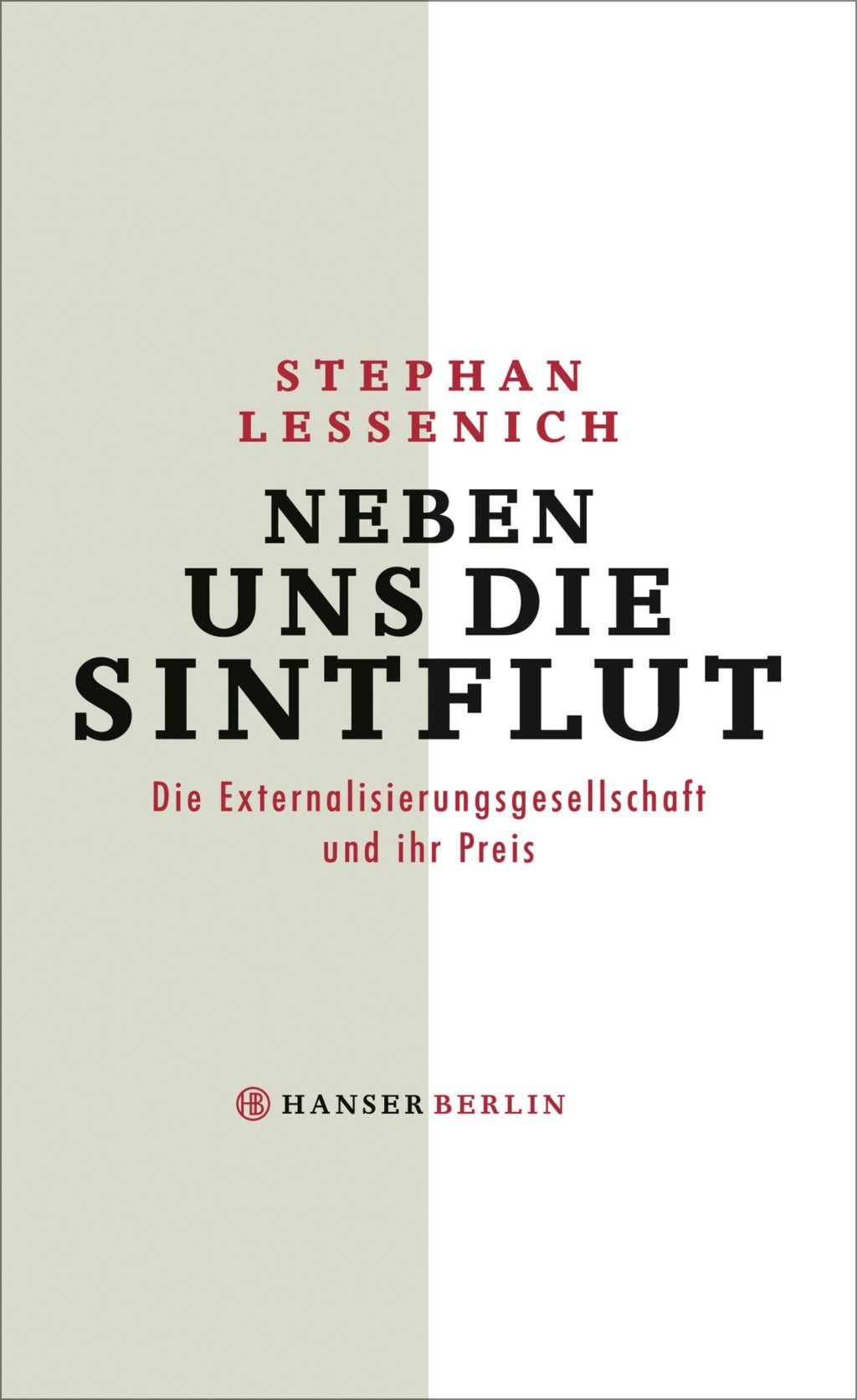 Après moi la deluge? Stephan Lessenich disagrees. The metaphorical flood is already here, but the West is choosing to ignore it. Seen from a global perspective, we reside on an island of wealth and affluence, but this island is built on the exploitation of others. Lessenich calls this phenomenon ‘externalisation society’.

The prosperity of the few invariably causes problems to the many. The change in  agriculture due to increased demand for soy, and the resulting impact on the environment and the livelihoods of locals, is one of many striking examples. In his far-reaching critique, Lessenich questions the narrative of economic growth, waste tourism and global mobility, and offers convincing evidence that this ongoing externalisation is not sustainable. The mass displacement of people as a result of ecological problems is just one way in which the West feels the impact of both rising inequality and increased connectedness.

Stephan Lessenich, a professor of sociology at Munich University, has published widely on the subject of capitalism. Aimed at a general audience, but grounded in a solid theoretical basis, Next To Us, The Deluge is a unique work in the tradition of thinkers such as Naomi Klein or Thomas Piketty.