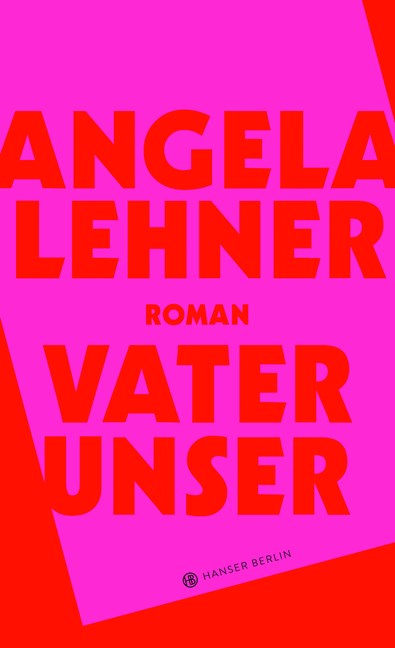 Our Father is told in the first person by Eva Gruber, an unreliable narrator who has just been committed to a psychiatric hospital after claiming to have shot a classroom full of children. Succinct and evocative, the novel is full of rich symbolism depicting toxic patriarchy, female sexuality and the hypocrisy of conservative Catholicism.

The novel is divided into three sections entitled ‘The Father’, ‘The Son’ and ‘The Holy Spirit’. The narrative explores Eva’s family life through her memories and sessions with her psychiatrist, Dr Korb, and follows Eva from her hospital admission to her reconciliation with her brother and their final journey to find and kill their father. Eva describes her relationship with her father, along with childhood memories that include being slapped by a priest after refusing to stand up and recite the Lord’s Prayer. In one of her psychiatric sessions, she claims to have shot a classroom of children (the truth is never confirmed). Eva’s brother, Bernhard, is also a patient at the hospital, where he is being treated for anorexia.

‘The Son’ focuses on their mother’s relationship with Bernhard, and Eva’s exclusion from it. Bernhard is portrayed as an almost divine figure to whom their mother looks for salvation. Eva, her mother and Bernhard take part in family therapy, and Bernhard later collapses and almost dies. Desperate to ‘save’ Bernhard, Eva escapes the hospital vowing to kill their father. Getting no further than a nearby hunting lodge, she returns, promising she won’t leave again without Bernhard.

The third part of the novel follows Bernhard and Eva’s trip home to kill their father. It transpires that Bernhard was being fed by a drip which was keeping him alive, and as their journey continues, he becomes weaker and weaker. They reach their childhood home and shelter overnight in a barn, but come morning Eva realises that the house has long been abandoned; she suddenly remembers that their father killed himself many years ago.

The novel is strongly rooted in the tradition of postmodern Austrian women writers from the sixties and seventies, such as Ingeborg Bachmann, Elfriede Jelinek and Marlen Haushofer. The idea of the unreliable female narrator will be familiar to English-speaking readers from blockbuster novels such as Gone Girl and The Girl on the Train, although Our Father is a much more literary work. Despite being unlikeable for her manipulativeness and violent outbursts, Eva’s cynical humour is captivating and the reader eagerly follows her every unpredictable move.

Angela Lehner, born in 1987 in Klagenfurt, lives in Berlin. She has received several literary awards and scholarships for her writing. Vater unser is her debut novel.