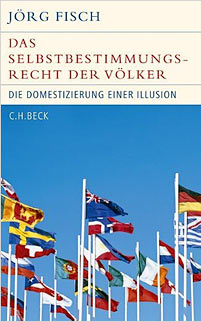 The notion that a people might be responsible for its own selfdetermination has its roots in colonialism. Jörg Fisch illustrates this in his study of colonial history from the eighteenth century to the present day. Self-determination was first realized – and simultaneously restricted – in the Americas. It served as an anti-colonial weapon there, but after successfully breaking free of the ruling colonial powers, the new leaders imposed a ban on secession. The United States of America asserted and, to some extent, defined this as the norm, and the secession ban was enforced in the American Civil War. After the Second World War, self-determination became the weapon of the colonised throughout the world, but it also transpired that if nation-building was successfully accomplished then self-determination was considered obsolete. Self-determination is an agitator, concludes Fisch. It must constantly be tamed because its objective is freedom without domination. This lofty goal was not honoured anywhere, but it did function as a programme for action. And therein lies its historical significance.

Jörg Fisch is professor of General Modern History at the University of Zurich. His research focuses on the history of international law and international relations.