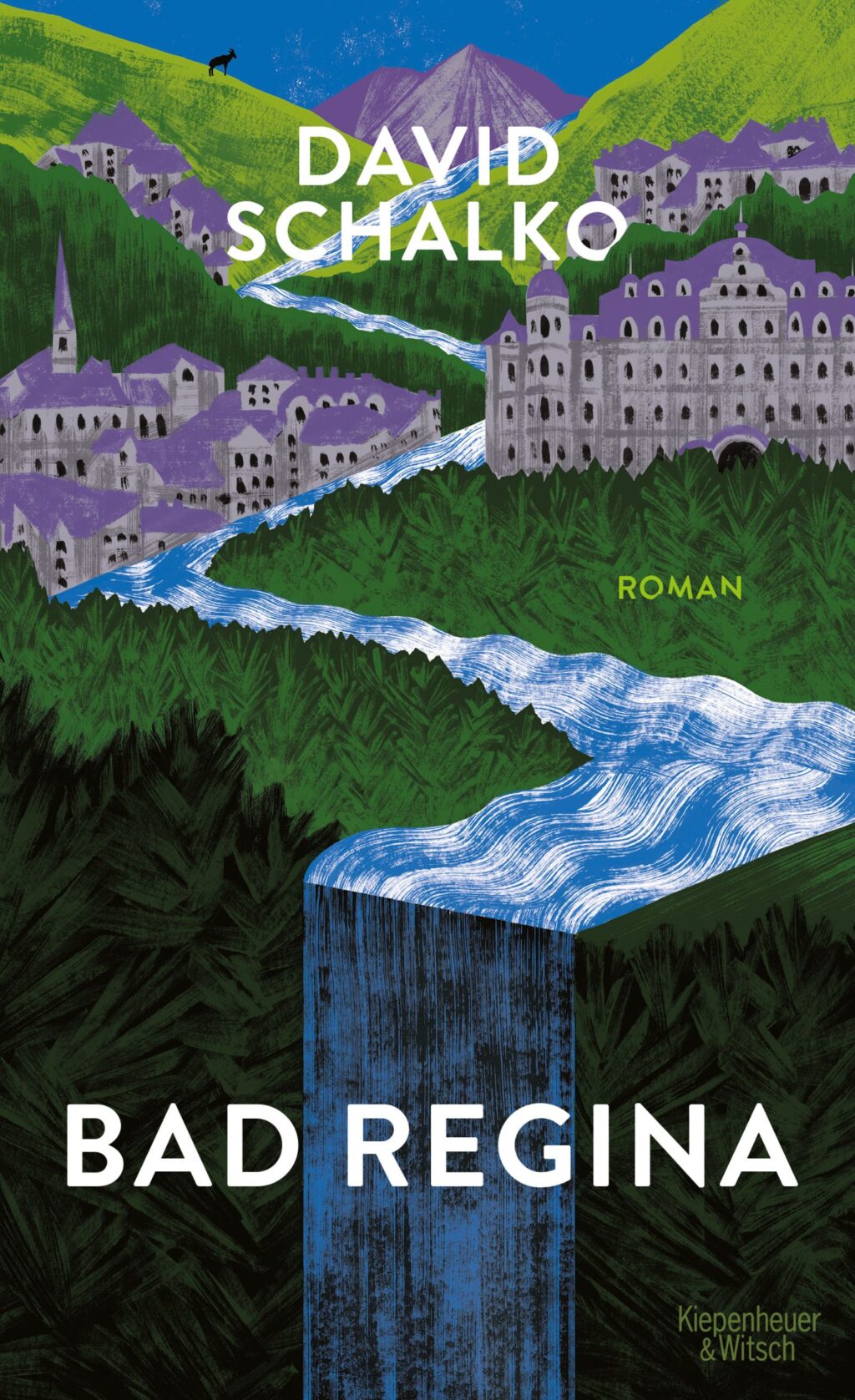 This comic literary novel is written with David Schalko’s characteristic satirical flair. In an allegory of present-day Austria, a declining spa town is bought up by a mysterious Chinese businessman who allows it to fall into ruin.

Othmar Fink, a depressed former club-owner who suffers from gout, lives in the alpine town of Bad Regina which, like the ghost town of Bad Gastein on which it is based, is falling into decline. The novel is peopled with a cast of gloriously eccentric characters: the former members of the band Sisters in Blisters, of which Fink was also a member; Zesch, the mayor, and his ancient mother, who now yearns for death; the town’s solitary child, Max, who is wise beyond his years, and Alpha, a wheelchair-bound former DJ who was paralysed in a skiing accident. We also meet Fink’s girlfriend, a former commune member, and her beautiful daughter; various Syrian migrants who work in the hospitality industry; a transsexual variously known as Petzi, Petra and Peter; and the aristocratic Wegenstein family, represented by the last of its line, the dreary Roland, whose castle is next on businessman Chen’s list. Fink, although tormented by thoughts of suicide, attempts to dissuade Wegenstein from selling up, but Chen’s seemingly bottomless funds make it difficult for anyone to turn him down.

When Chen’s body is found, the whole town is interrogated by the priest, Father Helge, who is revealed at the end of the novel to be an atheist. It transpires that Chen has been working for an old Jewish man, Benjamin Blomberg, who was forced to leave the country, went to America and made a fortune. He returns to the town in the closing pages and explains his rationale for closing it down. Father Helge delivers a speech about why Austria has deserved to decline from an imperial centre to a shadow of its former self, inhabited only by civil servants.

With frequent references to Thomas Bernhard and nods to Thomas Mann, Regina Spa is an assured comic novel – a deftly handled satire full of believably hilarious characters, echoes of whose personalities can be found in small towns the world over.

David Schalko works as a developer of TV programmes, and is a screenwriter, author and film director. His two series Braunschlag and Altes Geld have made him a huge star in Austria and his TV remake of the great Fritz Lang classic M premiered in 2019. Schalko’s previous books include Schwere Knochen (‘Heavy Bones’) which has been translated into Hungarian.