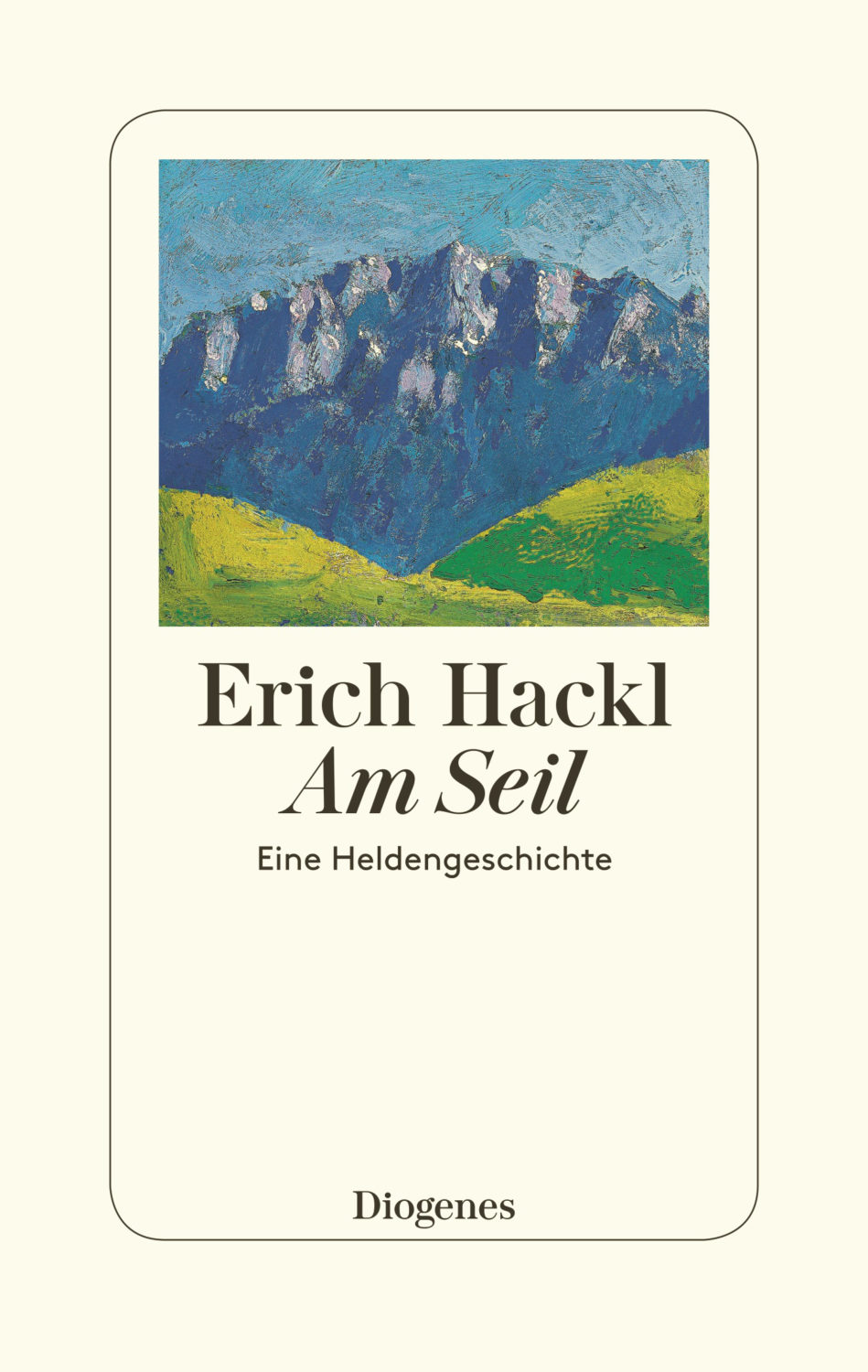 Roped Together is the true story of how a Jewish mother and daughter survive the Second World War by hiding in a workshop in Vienna for four years. Hackl uses the daughter’s memories to reconstruct her family history over three generations, creating a story of displacement and survival which explores the bonds of friendship and family.

Regina Steinig and her daughter Lucia are assisted by Reinhold Duschka, a beltmaker by trade and a close friend of the family. Hackl meticulously describes the workshop and the daily life of Regina and Lucia – passing the time by helping Reinhold to make handicrafts while living in constant fear of discovery by neighbours, customers or the postman. In November 1944, after Reinhold’s workshop is damaged in an airstrike, he temporarily moves Regina and Lucia into his summerhouse and then to the cellar room of a friend’s shop, narrowly escaping a roadblock. The book concludes with Lucia’s efforts to gain recognition for Reinhold’s selfless act of heroism, realising her desire to share her story as widely as possible.

Roped Together is an unembellished account of life before, during and after the Second World War, based on real memories and actual events. The work not only paints a vivid picture of the hardships forced upon people by war and separation, but also depicts the ravelling and unravelling of relationships as a fact of life in times of peace and freedom.

Erich Hackl has published twelve books, of which six have been translated into English:

The Wedding in Auschwitz

Erich Hackl was born in Steyr, Austria in 1954, studied German and Spanish language and literature and spent a number of years working as a teacher and editor. His writing is based on true stories and has received numerous awards, including the 2017 Human Rights Award of Upper Austria and the 2015 Anton Wildgans Prize awarded by the Federation of Austrian Industry. His books Aurora’s Motive and Farewell Sidonia are on school reading lists. He divides his time between Madrid and Vienna.