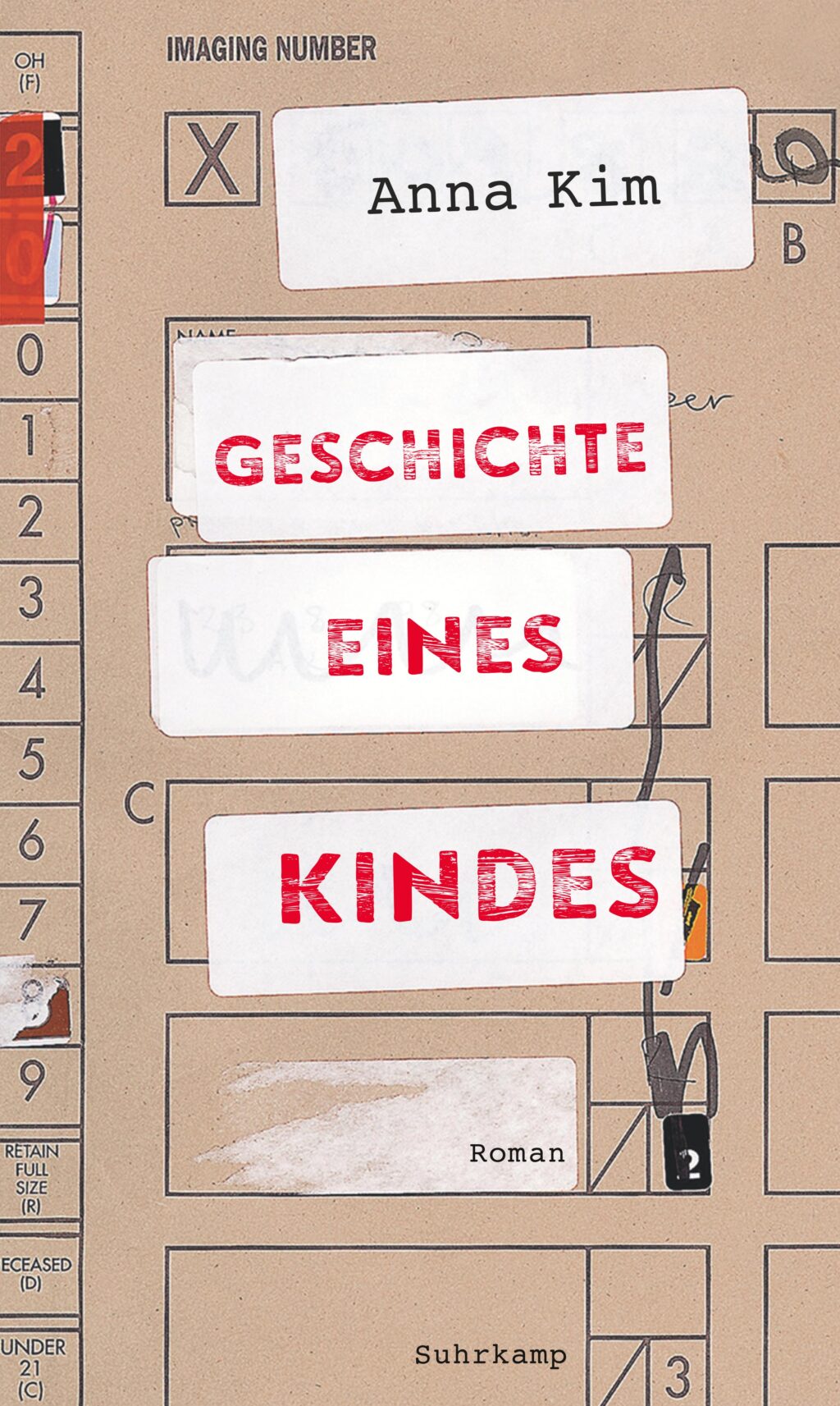 The award-winning Anna Kim’s story of a baby, given up for adoption in 1950s Wisconsin. Story of a Child tells of social workers’ inconclusive search for the baby’s father and ethnic identity, and the intersection of his story with that of the narrator, an author of Austrian and Korean descent.

Carol Truttmann, a twenty-year-old telephonist in Green Bay, Wisconsin, gives birth to a mixed-race baby boy in 1953, and immediately gives him up for adoption. But before finding a home for Danny, his social worker, Marlene, insists on locating his father, whom his (white) mother cannot or will not name.

Years later, Fran, an Austrian-Korean writer, travels to Wisconsin and learns about the quest for Danny’s father, and the impact on Danny’s life and self-confidence of being the only non-white person in a small town. She talks with her landlady, Danny’s partner Joan, and reads social services files relating to Danny’s case,

The files reveal deeply rooted racism: an obsession with defining the race of the child, hesitancy about letting the baby live with a white family, and the hounding of Carol to reveal the identity of the father. After Carol attempts suicide, Marlene, the social worker in charge of the case, is fired, and Danny is adopted by a white family after all.

Fran returns to Austria, and at Joan’s request eventually seeks out Marlene’s daughter who lives in the affluent Vienna district where she herself grew up. She reflects on her own mixed-race childhood, her desire to fit in, her rejection of her Korean mother and her mother’s eventual departure for her homeland.

Marlene’s daughter reveals her mother’s study of anthropology in the ’30s and ’40s, and her adoption of the eugenicist, racist views of the discipline at the time. She confirms that although Marlene claimed to have spoken to and ruled out the black musician identified as Danny’s father, she did not. Fran goes to relay the news to Joan and Danny. Danny, who had been in a nursing home, is living at home again, and although his voice has not been heard at any point in the novel, it seems he might be about to get a chance to speak at last.

Based on true events, this is a lucid, nuanced and touching exploration of how we look at one another, what we imagine we see when we do, and the continued impact of race on identity, self-image, family and opportunity. With echoes of Lemn Sissay’s My Name is Why, it should have a wide appeal.

Anna Kim was born in Daejeon, South Korea, in 1977. In 1979 her family moved to Germany and then to Vienna, Austria, where she lives today. She has been awarded numerous prizes and fellowships for her literary work and essays, including the European Union Prize for Literature.