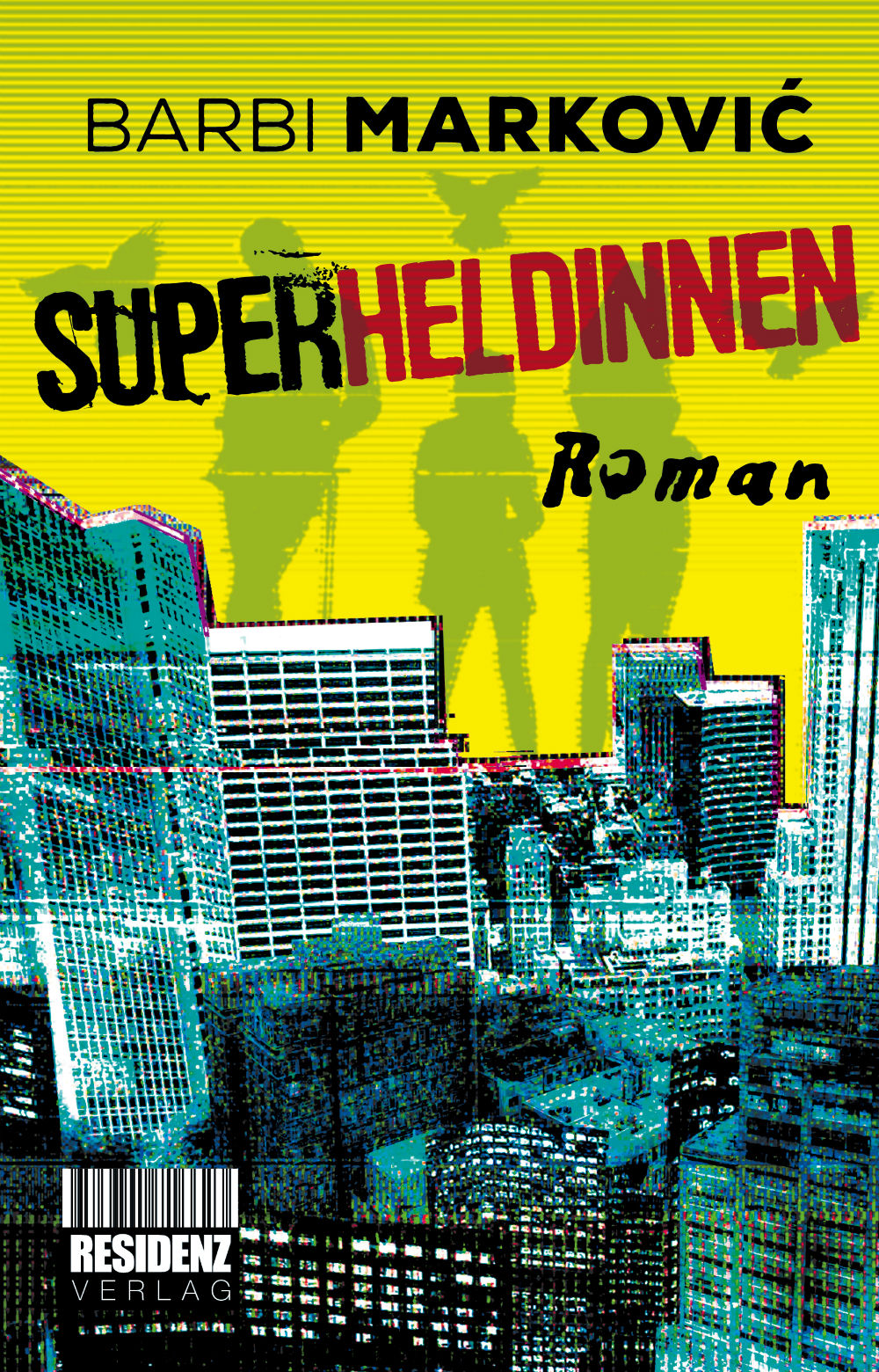 Three superheroines regularly meet up in a hole-in-the-wall café in Vienna. Every Saturday they discuss their favourite topic: how they can use their superpowers to improve the lives of people they know. All three heroines are immigrants in Austria. Their roots are in the former Yugoslavia, and they’re acutely aware of their outsider status. They want to bring justice to the suburbs, but they’re also obsessed with the idea of achieving middle class status. Capitalism rules the world, even in the miserable part of Vienna where the three women assemble. Even though they have powers – annihilation and lightning – they still have to struggle against everyday life: low-paid jobs, health problems, and above all their cultural backgrounds.

With Superheroines, Barbi Marković has written pop literature for the twenty-first century. It’s a bittersweet critique of consumerism and an ode to city life in all its bleakness. The writing style is dynamic and fast-paced, as if a comic strip had been novelised, and the chapters are short and split into episodes. The reader is taken in and out of the present and the protagonists’ inner world to make them aware of the drone of the outer world, while the narrative is interrupted by advertisements, and the location skips between Vienna, Belgrade and Berlin. Marković’s humour tends to be dark and rather dystopian: the three superheroines never feel quite at home in their new lives and Marković’s vivid description of the constant sense of alienation and otherness are among the best passages of the novel.  Trapped between their wish to be part of the middle-class and their rejection of the working class due to their immigrant status, it is never possible for the protagonists to be accepted as part of society.

Superheroines is a tongue-in-cheek look at everyday life and the absurdity of money’s influence on young Central Europeans – practically the only generation that has not grown up in a time of war. Despite the seriousness of some of the main topics, this is a funny take-down of a society we all recognise. Marković started out writing this book in German, but switched to Serbian halfway through the process (translated into German by Mascha Dabić). Her debut is an excellent example of a new generation of writers whose cultural reference points are both in the Balkans and in Central Europe.

An English-language review of Superheroines from Literaturhaus Wien is available here: