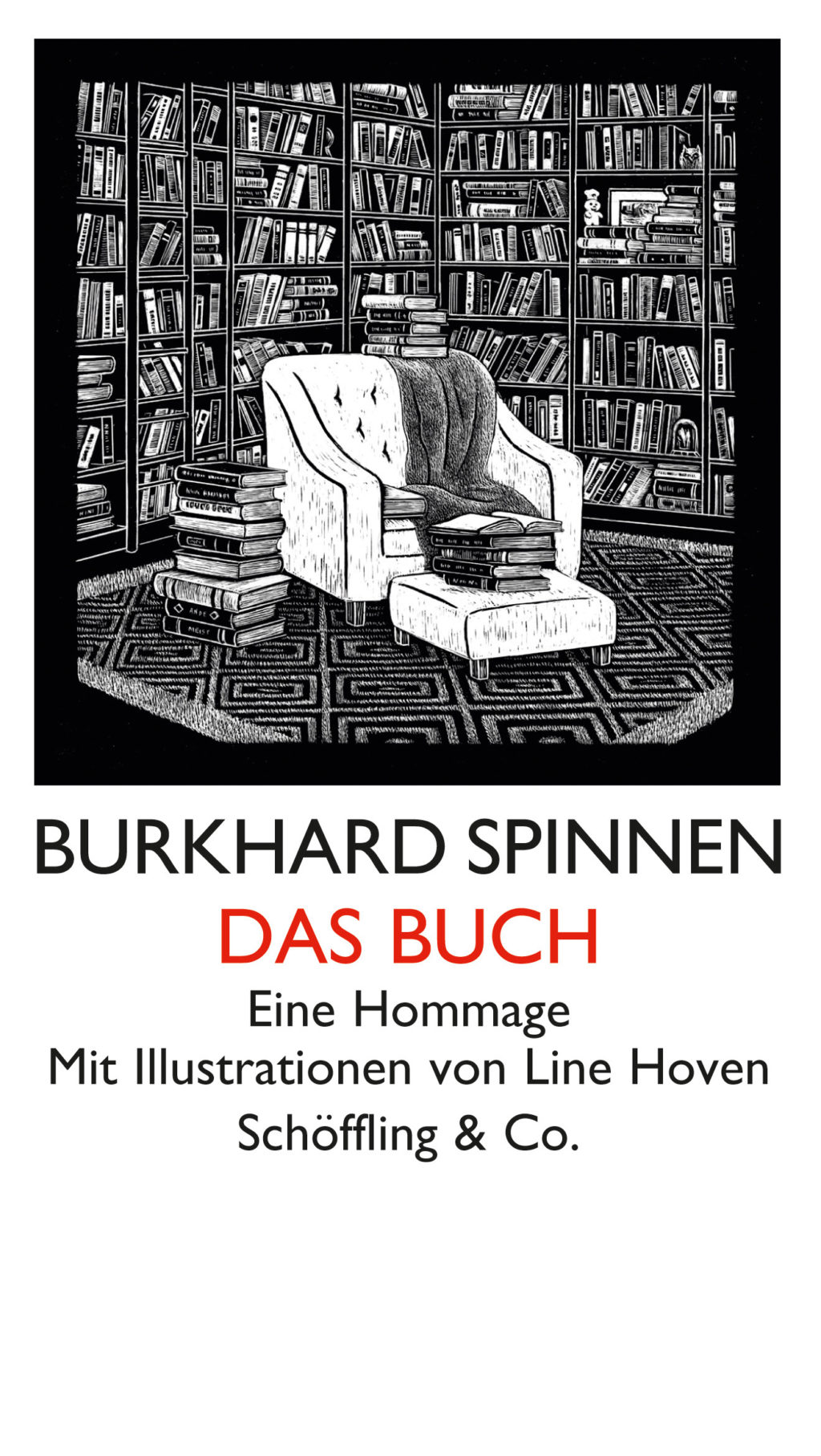 Is the era of the book coming to an end? The idea that 500 years of printed book culture are about to be replaced by digital books is often lamented. Burkhard Spinnen, however, does not plan on becoming yet another voice in a Luddite chorus. The author and avid reader sets out to pay homage to a physical object he loves dearly. He intends to create a memento to leave behind should books ever disappear.

Spinnen is more than just a reader: he’s a book collector. His essay, divided into five main chapters, explores the book and its meaning from various angles. The book opens with an exploration of the popularity of horses and their replacement with cars, serving as a metaphor for books and e-books. Spinnen explores the human emotions, behaviours, associations and memories we have for different kinds of books, and introduces the reader to his collecting habits, often with humorous results. The reader is taken back to the pre-internet era, when collecting was akin to an Indiana Jones-like hunt for treasure, and when booksellers had immense power by matching the customer with their object of desire. Spinnen is an amusing and likeable guide through the world of books, sometimes nostalgic but never regretful. Smaller chapters explore different phenomena and manifestations of the book, such as new and old, beautiful and damaged, signed and scrawled over, as well as libraries and bookshops.

The Book is accessible and very readable, communicating complex, often academic ideas in a way that feels fresh and conversational. Spinnen tackles, for instance, questions such as how we consider a text both within and without its book form with ease. In contrast to other titles exploring the much-lamented ‘death of the book’, Spinnen approaches the book not from the perspective of a ‘digital native’ -nor simply as a reader, but as someone who has lived a full life amongst books and who wishes to remain in this world – a world that every book-lover will recognise. Spinnen’s outlook is global and not focused merely on his particular environment. He focuses on what a book is and the book-as-object, one that is flexible and ever-changing, private and complex. This is a beautiful rumination on the nature of books that serves as a welcome reminder of the many reasons why and how we love to read.