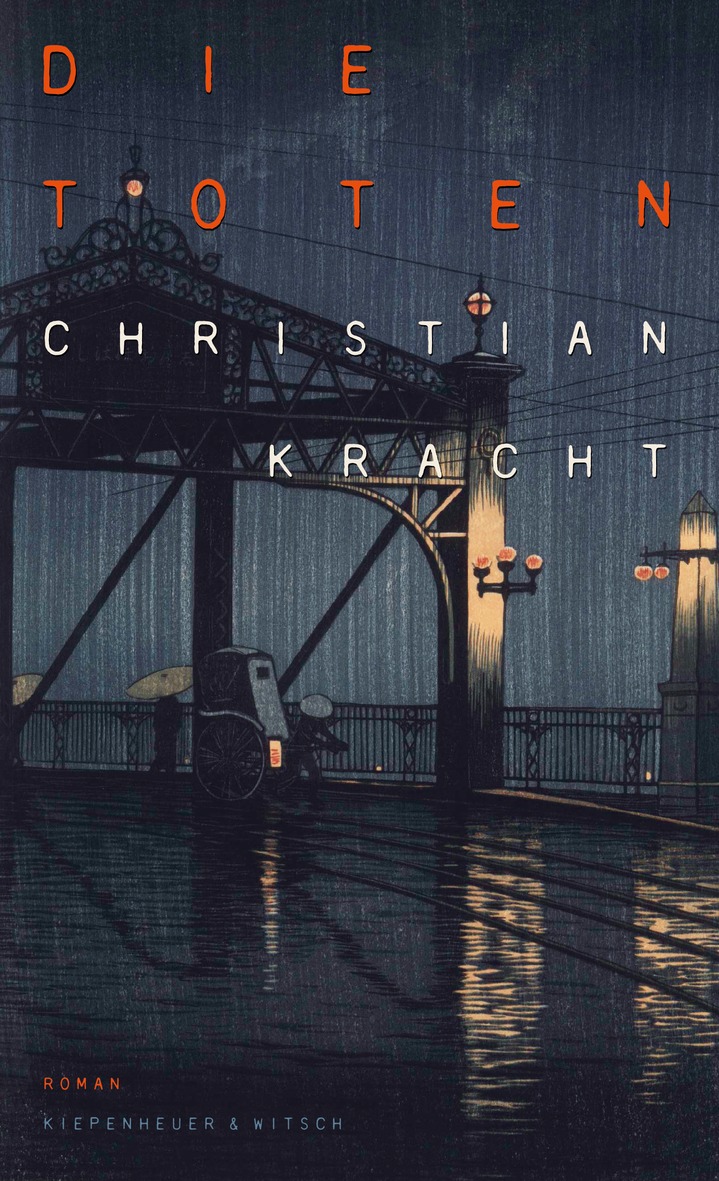 Bestselling author Christian Kracht returns with a gothic tale of global conspiracy and an ode to the power of cinema.

Berlin, early 1930s. Acclaimed Swiss film director Emil Nägeli is offered a large sum of money to travel to Japan and make a monumental film that shows off the cinematic dominance of Germany. Conspiring with Jewish film critics Lotte Eisner and Siegfried Kacauer, his real goal is to ‘fleece the Reich’ by making a monumental, allegorical spectacle of horror. In Japan, meanwhile, Germanophile film minister Masahiko Amakasu wishes to attract a German film-maker to Japan to counter the influence of Hollywood and establish a ‘celluloid axis’.

Nägeli and Amakasu had similar troubled childhoods and seem to be each other’s doppelgängers. When they meet in Tokyo, Nägeli makes his Japanese counterpart the star of his roaming, unscripted film. Also involved are Ida, an actress and Nägeli’s fiancée, and Charlie Chaplin, who happens to be in Japan at the time. Nägeli shows his finished film in Switzerland to little success: instead of propaganda, as originally intended by the authorities, or a horror film, he has produced an impressionist document of his travels. He returns to a dull, bourgeois life, his work forgotten. Amakasu and Ida, on the other hand, board a ship to America with Chaplin. But promises of a Hollywood career for Ida vanish as soon as she sets foot in Los Angeles, and she, too, will meet an unhappy end.

Set against the backdrop of film history and rising totalitarianism, The Dead explores the future axis of power between Germany and Japan from the perspective of two people obsessed with the potential of modernist cinema. Whereas Nägeli sees the subversive potential of his chosen art form, Amakasu is primarily interested in its propagandistic power. Kracht returns again and again to a theme that also appeared in his previous bestseller Imperium: the ability, or inability, of film to refigure, record and even surpass reality.

Kracht lets scenes unfold through the eye of the camera, turning us into observers twice over. The reader is led to question the relationship between film and reality, sexual desire and voyeurism, and violence, both personal and (geo)political. Kracht’s style is intense, striking, and occasionally romantic. His penchant for antiquated language has divided critics and led to comparisons with Thomas Mann. The Dead is an outstanding example of Kracht’s ambition and stylistic idiosyncrasy.