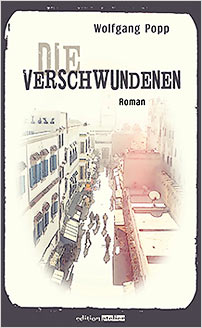 What becomes of those who disappear from our lives? What becomes of those they leave behind? These questions are the focus of The Disappeared, which tells the story of five people who have suddenly, inexplicably, broken off all contact with their home country, only to come back into view many years later.

Each of the novel’s five chapters is related by a different narrator, moved by the reappearance of their old acquaintance to delve into their shared past. In the novel’s centrepiece, Philip and Raphael attempt to track down a species of owl that was thought to have died out in ancient Greece. The Athene noctuahas been sighted amongst the ruins of Delphi, and an American foundation has offered $75,000 to the first person who can successfully photograph it. Philip, an ornithologist who left Vienna without so much as a word ten years previously, has now returned to seek out his old school friend, Raphael, a photographer at the city’s archaeological institute. The narrative alternates between past and present as Raphael tries to get to grips with the reasons for his friend’s disappearance and makes a few discoveries about himself along the way.

The Disappeared is a stylish, original and artfully constructed piece of literature.

An English-language review of The Disappeared from Literaturhaus Wien is available here:

Wolfgang Popp was born in Vienna in 1970. He studied sinology and history in Vienna and China, and worked for a number of years as a tour guide for students in the Far East. Alongside this work he made documentary films and wrote short stories. He has worked as a freelance editor for Austrian television and radio (ORF) since 2005, and since 2008 as a culture editor on Austrian radio.