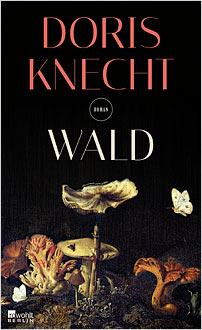 Marian is a high-flyer. She owns a fashion label and is accustomed to a luxurious city lifestyle. Then the financial crisis takes hold and she loses her job, her home and her relationship in one fell swoop. Marian flees to the country, taking refuge in a house in the forest owned by her aunt. She embraces a primitive way of life that is utterly alien to the coddled existence she led before. She learns how to fend for herself in the wilderness, where she has plenty of time to reflect upon what went wrong in her past. Marian starts an affair with Franz, a local farmer, who teaches her how to fish and brings her food. She learns how to appreciate the small things in life, rediscovering the pleasures of homemade jam, sandwiches wrapped in old-fashioned greaseproof paper and woollen socks that she would once have scorned.

But Marian also feels the threat of living at the mercy of the elements and the seasons, without any money or safety net. Her new life in the country is far from idyllic: the locals resent her and she has ‘whore’ scrawled on her door. In this phase of her life she grapples with fundamental questions, reflecting on subjects such as food, luxury, talent, gender roles and happiness. In a series of flashbacks we are let into details about her past relationships and her estranged daughter.

Doris Knecht’s novel addresses serious themes with a light – yet not superficial – touch and a refreshingly selfdeprecatory tone, making this book a pleasurable, smart read. Knecht avoids pathos and clichés, and has an original way of putting things. Marian has lost everything – her wealth, her home and her relationship – yet manages to laugh at herself and reflect on why it has happened. She is straight-talking and down to earth, clever yet not cynical. The novel demonstrates how it is possible for a woman to take an unflinching look at her life after a huge failure and manage to retain a sense of humour. With its consideration of the financial crisis, misunderstandings between men and women in relationships, the lack of meaning in wealthy Western lifestyles, going back to nature and finding one’s true strengths, the story has a strong contemporary relevance. The Forest is a diverting, thought-provoking book that will resonate with readers.

Doris Knecht was born in 1966 and hails from Vorarlberg. She is one of the most original and humorous writers in Austrian journalism today. She was assistant editor-in-chief of Vienna’s Falter magazine and a columnist for the Swiss Tages-Anzeiger. She has a daily column at the Kurier and she DJs regularly at Vienna’s Rhiz bar. Her debut novel, Gruber geht, was a surprise hit and was longlisted for the German Book Award. Doris Knecht lives in Vienna with her family.