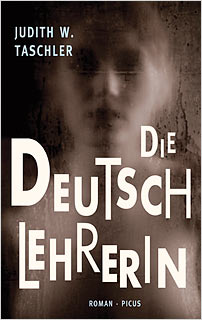 Judith W. Taschler’s novel is both a tantalising love story and the dark and unsettling mystery of a young child’s abduction.

Xaver Sand and Mathilda Kaminski have a fourteen-year relationship during which Xaver becomes a highly successful writer and Mathilda dedicates herself to her career as a teacher. Baby-hungry Mathilda is desperate to start a family but Xaver resists and they remain childless. Xaver’s career takes off with a trilogy for younger readers, based on an idea by Mathilda herself. When Xaver walks out on Mathilda without any explanation her dreams of having children are shattered. Her devastation is complete when she learns from a casual glance at a celebrity magazine that he has quickly married into a wealthy family and is expecting a baby with his new wife. It is again through the press that she finds out that Xaver’s young child has been abducted, apparently taken from his buggy in the garden and never found.

Taschler’s novel opens sixteen years after the end of their relationship as Xaver and Mathilda are corresponding by email about a creative writing project for her pupils. The reader enjoys their sudden realisation that they know each other and the suspense in the run up to their first meeting.

By the time Mathilda confronts Xaver about his reaction to his child’s disappearance it is clear to the reader that things are more complicated than they seem. What had been an entertaining romantic comedy gives way to a darker but equally absorbing mood.

The reader is encouraged to believe that Mathilda’s jealousy of Xaver’s new family may have led her to kidnap the boy, until Xaver confesses his dual culpability in the boy’s disappearance – he was having sex with his son’s au pair while the child was left unattended, and he had failed to replace the protective cover on the methane plant in their garden. At times we cannot be sure who is telling the truth, but the pieces of the jigsaw finally fall into place with a series of narrative shocks for the reader. Eventually, through Mathilda’s persuasive talks with Xaver, the case is reopened and Xaver is taken into custody.

The German Teacher takes readers on an emotive journey into the lives of its intriguing characters with laughter, tears and drama along the way. This is an ingeniously constructed novel which is just as enjoyable for its romantic elements as for its story of an unsolved crime.

Judith W. Taschler was born in 1970 in Linz and grew up in the Mühlviertel district. Taschler travelled abroad, working in different jobs, and studied German and history. She lives in Innsbruck with her family and works as a teacher and freelance author. She has written screenplays and her first novel Sommer wie Winter was published by Picus in 2011.