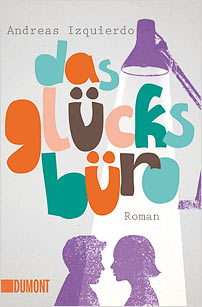 Albert Glück, a bit of an odd chap in his early fifties, has been a public servant at the ‘Office for Administrative Affairs’ for more than thirty years. His ordered life passes in a satisfyingly predictable succession of forms, regulations, binders and stamps. Not only does he work in the office building, but – unbeknownst to his colleagues – he also lives in its basement and eats in the cafeteria there.

Then one day a file turns up on Glück’s desk which changes everything: a petition which does not seem to be petitioning for anything and is therefore completely unclassifiable. Horrified, Glück tries to get rid of the dreaded thing but, as if by magic, the piece of paper just keeps showing up again. Eventually he is forced into the unthinkable step of leaving the office, the first time in years that he has been out in the real world. Once there, he meets the real people behind the petitions, and realises that each document harbours a human story, the hopes and dreams of individuals.

The Happiness Office is a novel with a magical touch, an unconventional love story, and the tale of how a man’s ordered life is transformed – for the better – once he is prepared to open up to a little of life’s unpredictability.

Andreas Izquierdo was born in 1968. An author and screenwriter, he has published numerous books, most recently the novel König von Albanien (2007) for which he received the Sir Walter Scott Prize. His novel Apocalypsia (2010) was awarded the Lovelybooks silver award for the best book of 2010.