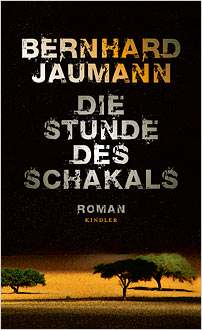 It is a searing hot day in the middle of a Namibian summer, and a white man in a white T-shirt (is the old racist wearing that clothing just to mock him?, the assassin ponders) is watering the garden of his luxurious villa, while his daughter plays nearby. This peaceful scene is shattered by the single shot that kills Van Zyl and sets in motion a breath-taking political thriller that clocks up five murders. The principal characters are real and some are still alive, all of which adds an extra frisson to a fascinating story.

The heroine is Clemencia Garises, a black detective whose compassion and commitment raise her high above the deceptive, lazy and criminal behaviour of all the men in the story. All, that is, except for the blond German journalist who gently courts her, and whose investigative skill assists her in unravelling the complexities of this series of murders – which are all related to the 1989 assassination of a supporter of Namibian independence. That assassination really happened, and Jaumann has created a fictional history in its wake – a novel that asks ‘What if?’ with an ingenious plot that combines hints of Wild West struggles with issues of modern terrorism, multiculturalism and independence movements. As the plot thickens, Clemencia begins to feel that she can trust no one – least of all members of her own legal system. Her boss suspends her from duty for being ‘too active’ in the case, and it gradually becomes clear that a retired judge is heavily involved in the murders. Yet Clemencia persists, by now the reader fully on her side and enlivened by her endearing nature, her investigative ingenuity, and the often hilarious episodes with her overinquisitive extended family.

The scene in which Clemencia telephones a farmer (and former anti-independence activist) in South Africa whom she suspects to be next on the killer’s list, and who receives this warning just as the killer himself climbs through his open window, gun in hand, is just one example of the many utterly gripping and beautifully constructed scenes of suspense that punctuate the novel.

This suspense, combined with the lovable female detective, the real-life political background and the vivid cultural and geographical environment of southern Africa, is a winning formula and will delight an international readership.

Bernhard Jaumann was born in Augsburg in 1957 and attended university in Munich. He taught German, History and Italian for ten years in Bad Aibling and spent time in Italy, Australia and Mexico. In 2003 he was awarded the Friedrich Glauser Prize. His Montesecco trilogy was warmly received by critics and won him the German Crime Fiction Prize. Jaumann now lives in Windhoek,
Namibia, where this latest novel is set.