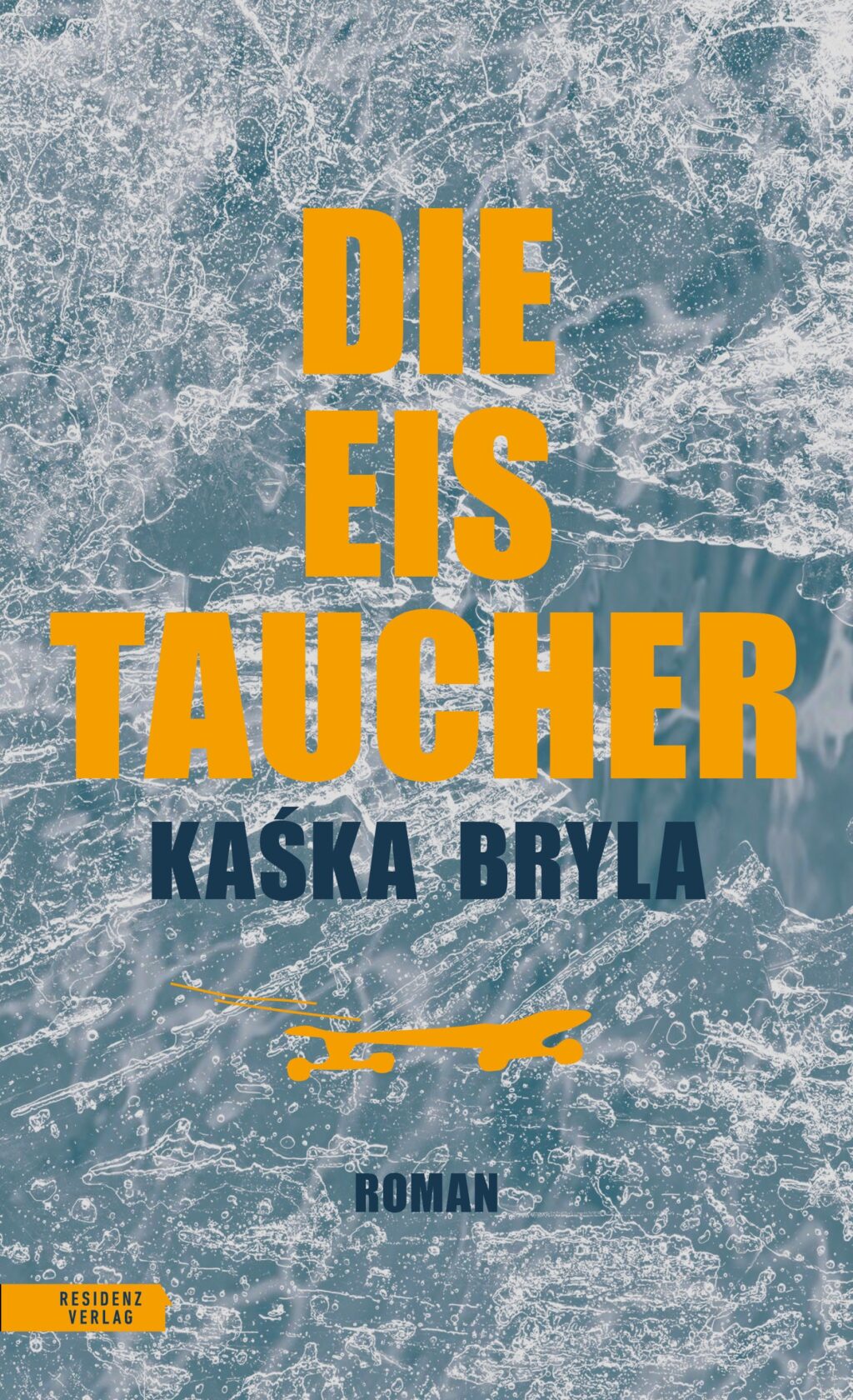 Kaśka Bryla’s second novel is a pitch-perfect coming-of-age story about a group of friends and the dark secret that haunts them. Die Eistaucher is a universal tale of teenage misfits confronting topical issues such as mental health, the school system, immigration and police corruption.

Iga the skateboarder, the beautiful Jess and their chubby friend Ras are outsiders at their school, but the bond between them is strong. Secretive and inseparable, they call themselves ‘the ice divers’. Then there are Rilke-Rainer and Sebastian, who love poetry, and Sasa, Iga’s old skater friend, who knows everything about her.

One snowy winter’s night, this group’s lives are changed forever after they witness a crime. Two policemen rape a girl before leaving her hidden in some shrubs to cover their tracks. The group saves her and brings her to Sasa, Iga’s oldest friend, who is already at university and lives alone. Unable to report the crime to the police, they decide to set the empty police station on fire. But Iga calls her lover, the French teacher, and confides in her. When the blaze gets out of control and the teacher tries to intervene, Sasa pushes her into the burning building and jams the door shut.

Twenty years later, the past catches up with them. Sasa has been in a psychiatric ward for ten years and is now running a campsite with Iga, near the village where Iga and Jess live with their son. A mysterious stranger turns up who seems to know about the act of revenge that took place all those years ago, looking for revenge of his own.

The story is told in alternating chapters set in the past – recounting the story and leading up to the fire – and twenty years later. The two suspenseful narratives run in parallel until they meet and are both resolved in the final tenth chapter. Bryla tells us as much as is needed, but never more than she wants to reveal. As soon as the reader thinks they know what happened, she counters with another plot twist.

Bryla is a gifted storyteller with an original voice. Her characters are relatable, and their stories, development and revelations drive the story forwards. Bryla’s affection and understanding for her characters and what it means to be an outsider, coupled with the vividly drawn images that pepper her narrative, make this an unforgettable read.

Born in Vienna, Kaśka Bryla grew up in Vienna and Warsaw. She studied economics and subsequently attended the Deutsches Literaturinstitut in Leipzig, where in 2015 she co-founded the literary magazine and author network PS-Politisch Schreiben. She has been Editor of the monthly magazine an.schläge and was awarded the STARTStipendium (2013) and the Exil Preis für Prosa (2018). Since 2016, she has taught creative writing courses in prisons and to people with a migrant background. In 2019 she produced the Szenogramme staged reading series in Leipzig.