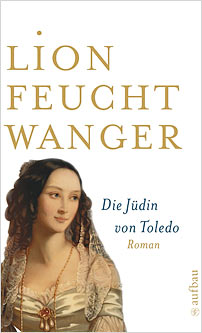 The German-Jewish writer Lion Feuchtwanger (1884 Munich – 1958 Pacific Palisades) began his long literary career as a dramatist and theatre critic but his reputation today rests almost entirely on a series of best-selling novels which appeared with remarkable regularity over a period of more than thirty years. Usually translated almost immediately into an impressive variety of foreign languages, they also inspired film versions of real quality both in the Soviet Union and in the UK as well as in Germany. Beginning in 1923 with the publication of his first historical novel, Die hässliche Herzogin Margarete Maultasch, the series included the sharply critical portrayal of his native Bavaria in his masterpiece Erfolg (1930) as well as his imaginative recreation in Waffen für Amerika (1947/48) of the links established between France and the nascent United States in their shared struggle against the British, and culminated one year before his death in the captivating story of Jefta und seine Tochter (1957).

Thomas Mann was not alone in admiring (through gritted teeth?) the highly organised, even business-like way in which, apparently unaffected by his traumatic flight into exile first in France and then in the United States and by a humiliating period of internment under shameful circumstances, Feuchtwanger, with the capable help of his redoubtable wife Marta, twice re-established the settled working conditions so essential to his continuing productivity. The fine house and library he had set up in Berlin in the 1920s were in effect recreated in Sanary-sur-Mer in the 1930s and then again in Pacific Palisades in the 1940s and 1950s.

Although he was never happier than when withdrawing to the privacy of his magnificent library of rare books, Feuchtwanger’s life was by no means free of public controversy. His positive account of his visit to Stalin’s Soviet Union in 1937, published as Moskau 1937, and both the company he kept in California (Brecht and Chaplin were among ‘the usual suspects’) and his generally sympathetic attitude to the German Democratic Republic provide the most likely explanation for his failure ever to secure the US citizenship he hoped for. Despite this, the English translations of his novels attracted a large readership in the United States, as they did in the rest of the English-speaking world. Since 1925 approximately a hundred English translations of Feuchtwanger’s works have appeared. In general, he has been very well served by his translators but some of their work, however good, is beginning to show signs of age. To take just one example, the translation of Jud Süss (1925) by the distinguished Scottish duo of Willa and Edwin Muir dates back to 1926.

Even a late novel such as Die Jüdin von Toledo (1955) appeared in the translation by Ernst Kaiser and Eithne Wilkins as long ago as 1956, prompting the thought that the time has surely come for a new and fresh version, closer to our modern idiom, of one of Feuchtwanger’s most accomplished works. Based on an old theme in European culture of which Feuchtwanger first became aware through his reading of Franz Grillparzer’s play Die Jüdin von Toledo, itself inspired by Lope de Vega’s drama of the same name, it exemplifies Feuchtwanger’s lifelong fascination both with Spanish culture generally and with the Iberian encounter between Christianity, Judaism, and Islam in particular, here embodied in the love story of the medieval Spanish King Alfonso VIII and his Jewish mistress, Raquel, known as Fermosa because of her extraordinary beauty. As always in his historical novels, however, Feuchtwanger’s interest stretches well beyond the merely local or national and embraces the universal lessons which can be drawn for his own day — and for ours too. ‘The old Spanish chronicles and ballads which first tell of Alfonso and the Jewess,’ he writes in his ‘Afterword’, ‘believe naively and unquestioningly in the holiness of war’. He developed this idea in a radio interview shortly after publication: ‘This spirit of war and adventure has not yet vanished. It survived the Middle Ages, it lives on in our times, consciously or unconsciously, in many of our contemporaries.’ Carried by Feuchtwanger’s superb story-telling skills, the novel challenges the contemporary reader to confront an aspect of our culture which remains as relevant to our war-prone age as it has ever been. The case for a modern translation into English seems more compelling than ever.

By Ian Wallace, Emeritus Professor of German at the University of Bath and President of the International Feuchtwanger Society.

Lion Feuchtwanger (1884 – 1958) was the author of many novels which sold into the millions of copies and have been translated into more than twenty languages. When he died at the age of seventy-four years he was regarded as one of the most important of Germanlanguage writers. His life-story from Munich to Berlin, exile in Sanary-sur- Mer in France, and escape to California, along with his intrepid travels in Africa and elsewhere, makes for fascinating reading.

For more information on his life, please contact the Editor or Aufbau Verlag.