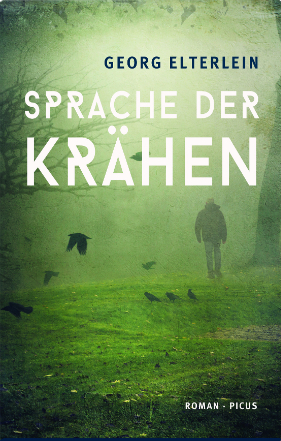 A tough loner with a shady past becomes the unwilling guardian of a boy recovering from trauma in this touching novel by Austrian writer Georg Elterlein.

Leonard is tough as nails. He lives and works at his blacksmith’s shop, a front for the profits which come from his underworld activities. He’s a lone wolf; aside from a friendship with his neighbour Murat, he makes a point of not being close to anyone. But when his brother dies in a car crash, he has to take care of his nephew Erik – a child he has never met before. The boy is recovering in hospital from the crash, and has not spoken a word since; the doctors are unsure as to whether his silence is physical or psychological. Leonard begins to visit Erik in the clinic every day. They grow close; the boy seems to trust him implicitly in a short time, and begins to communicate with him by writing on paper. The encounters with the child make Leonard reflect on his own unhappy and violent childhood.

However, Leonard’s criminal past is not quite over and there’s one final job that needs doing. He is in the midst of preparations for his next big ‘hit’, a job for which his former partner-in-crime is his contact. Then there’s Tina, a former girlfriend who has just come back into Leonard’s life. And two men keep tailing him wherever he goes. As the novel moves towards its dramatic finale, the day of Leonard’s coup arrives. When Erik runs away from the clinic, Leonard goes off in search of him and makes a decision that will define the rest of his life.

An intriguing combination of crime novel and family drama, The Language of Crows is well-paced, building tension and emotion at the right moments. The style, simple and direct like Elterlein’s protagonist, delicately depicts the developing tenderness between uncle and nephew. Some of the most touching and spellbinding scenes are the interactions between Leonard and Erik, in which Erik’s written comments and questions appear in a different font to the rest of the text. The trust the young orphan places in him eventually outweighs any doubts in Leonard’s or the reader’s mind about his suitability as a parent.