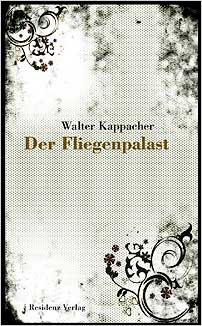 This most recent novel by the award-winning Austrian writer begs to reach a wider audience with its portrayal of the uncharted territory of a great life: exploring what happens when the writing stops. The central figure of Der Fliegenpalast is the Austrian writer, Hugo von Hofmannsthal. The novel is set in the summer of 1924, five years before he died, when Austria was still suffering from the economic consequences of the lost war. Hofmannsthal has just returned to Austria from Switzerland, where he has been staying with a friend. He is in the village of Fusch, well known from his summers spent there as a child, and he intends to spend some time there to get on with his work, but instead the melancholy that comes from this confrontation of his earlier life with these later years becomes too much to bear. Hofmannsthal goes for gentle walks, sits on various benches with his notebook, avoids other people as far as possible. The only one whose society he does seek is a young doctor, but his time is mostly taken up with the baroness he is accompanying as her personal physician. Hofmannsthal’s health is not good, and he is depressed by the general conditions reflected in the changes in this village he knows from childhood, and which reflect wider changes in society. Everything is more dilapidated, but at the same time there is a rather rickety ostentatiousness – the hotel now calls itself the ‘Grand Hotel’, even though it is still a somewhat rundown village inn with chamber pots under the bed.

But the main cause of Hofmannsthal’s depression is the crisis in his literary work, his writer’s block. He imagined returning to a place where he’d spent holidays as a child, plus the peace and quiet, would help him to work, but he makes no progress on the pieces he’s working on apart from notes.

Kappacher has produced a very sensitive portrait of a man at a moment when both his health and his temperament are fragile: his eyesight is poor, he has dizzy spells, he can no longer do the walks he did when he was younger; he constantly expresses intentions which he doesn’t carry out, he is forever saying the wrong thing, apologising, insulting people by avoiding them, and apologising again. Yet Kappacher counters these frustrations by taking us into Hofmannsthal’s thoughts, roving through his memories of childhood and the world of literature. The result is a highly absorbing study of this most prominent of writers at a moment of crisis.

Walter Kappacher Born in 1938 in Salzburg, Walter Kappacher left school at the age of 15. He worked in several professions, but has been writing since 1967, and has been a freelance author since 1978. Kappacher lives in Obertrum in Salzburg and has received numerous awards, for example the Hermann Lenz Prize in 2004 and the Großer Kunstpreis des Landes Salzburg in 2006. He is a member of the German Academy of Language and Literature and in 2009 he received the Georg Büchner Prize, the most prestigious accolade for German-language writers.