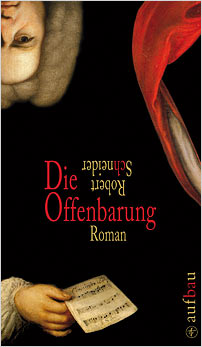 This book is a must for all lovers of classical music, especially Bach, as the story revolves around an organist, Jakob Kemper, discovering inside his instrument a forgotten manuscript of a monumental oratorio based on the Revelation of St John the Divine, which appears to have been written by J S Bach late in life, between the B-minor Mass and The Art of Fugue. But it is above all the story of what then happens to Jakob’s life. ‘Revelation’ applies not only to the score, but to Jakob’s self-discovery.

The plot is set in the town of Naumburg in East Germany in 1992, two years after Reunification. Jakob Kemper, 45 years old, is the son of a brush manufacturer but has refused to enter the family business in favour of following a career in music, for which he has undoubted talent. His passion has led him to try conducting (the description of a disastrous performance of the B-minor Mass is both sad and funny) and composition (with equal lack of success). He is now an avid researcher, plays the organ, and gives piano lessons.

It is Leo, his young half-brother, a very normal, cheeky boy who, when ferreting about in the organ housing while Jakob is playing, finds a travelling bag containing some eighteenth-century personal effects and the manuscript score of the oratorio, clearly (to Jakob) written out by Johann Sebastian and his second wife, Anna Magdalene, and containing music of – to him – an originality and supernatural beauty such as he has never experienced. He dreams wildly of unimagined fame as its discoverer and guards it with excessive care.

As a result of Reunification, four members of the Bach Society which is based in the former West Germany come to inspect the organ. Only one of them takes Jacob and the music seriously. In despair Jakob finally puts the bag with all its contents (including, reluctantly, Bach’s pipe, which he has been smoking), back inside the organ where Leo found it. But is that to be the end of the matter?

Robert Schneider was born in 1961 in Austria and now lives in Meschach, a mountain village in the Vorarlberg. His debut novel Schlafes Bruder (Brother of Sleep) was an international bestseller. It has been translated into thirty-two languages and turned into a film.