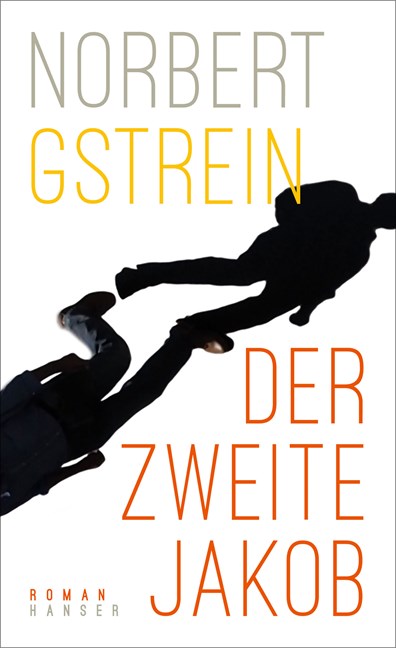 Jakob is a thrice-divorced actor who is now working in the theatre in Innsbruck after a career in film. Jakob is anything but a stereotypical actor figure, coming from a rural Austrian background and enjoying financial independence due to inherited wealth that he has concealed from the fiscal authorities. His less than progressive views also set him apart from most of his colleagues. Jakob is our protagonist’s stage name, borrowed from an uncle whom he takes after, prompting his family nickname, ‘the second Jacob’.

One day Jakob is asked by his twenty-year-old daughter Luzie if there is anything in his life that he regrets. He tells her how he was once a passenger in a car that hit and killed a young woman. The incident happened while he was working on a film set on the USA–Mexican frontier, and rather than seeking assistance, the two actors left the scene hurriedly. This unsurprisingly affected Jakob, who was already experiencing pangs of conscience after having visited a night club over the Mexican border, where he received oral sex from an exploited teenage girl.

The confession has a devastating effect on the already disturbed Luzie, who ends up self-harming and being taken to hospital. Jakob vents his anger on her Bosnian boyfriend, who was aware of her fragile state. Jakob is also angry with his biographer, whose work has been commissioned to coincide with his sixtieth birthday. Jakob has never liked the biographer, feeling that he has gone behind his back, particularly in meetings with the vulnerable Luzie. When the biographer appears at a rehearsal, Jakob physically attacks him, an action that forces him to abandon his career at the theatre.

Despite this incident and his strained relationship with his native Tyrolean village, whose inhabitants he has labelled fascists, Jakob’s birthday is to be celebrated there. After an eventful ceremony unveiling a statue in his honour, he revisits significant childhood locations in the village. The novel ends with a description of a fit of dizziness as Jakob contemplates re-enacting a daredevil stunt from his youth.

The Second Jacob is distinguished by Gstrein’s masterful command of language and his sophisticated literary style, evoking Thomas Mann in his precision and eye for detail. Jakob is a complex and contradictory character whose unconventional life and difficult relationships make for compelling reading.

Norbert Gstrein was born in 1961 in Tyrol and lives in Hamburg. His award-winning work is published by Carl Hanser Verlag; his most recent novels are The Coming Years (2018) and When I Was Young (2019), which was awarded the Austrian Book Prize.