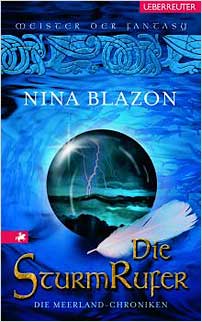 Dantar, a beautiful, imaginary coastal town faced with extinction due to a series of disastrous storms is the main focus of this book. Its principal characters are four young people who are thrown together while working to salvage the damaged boats and end up on an island filled with magic, mystery and ghostly creatures. It soon becomes clear that the future of Dantar lies in their hands as they fight not only to unlock the secrets of the island and the legendary ‘Storm Maker’ but also their own inner demons. Amber is the tough girl from the mountains, an outcast seeking acceptance in a different world and society. Sabin is the diver, almost mermaid-like in her obsession with the sea. Inu the rope-maker is almost too ordered and honest. Tanijen, the odd man out, is actually a magician, whose arts unleash the demons and save the island but cause his own death. This cross between a fantasy world and its message about the awesome potential of the sea, and some stark – even murderous – real-life truths is a departure for Nina Blazon. They show this gifted children’s writer in impressive and powerful form.

Nina Blazon was born in 1969 and grew up in Neu-Ulm, a Bavarian town by the Danube. She studied German literature and Slavonic languages, then worked for many years in an advertising agency. She has written a wealth of children’s books and was awarded the Wolfgang Hohlbein Prize. Nina Blazon now lives in Stuttgart.