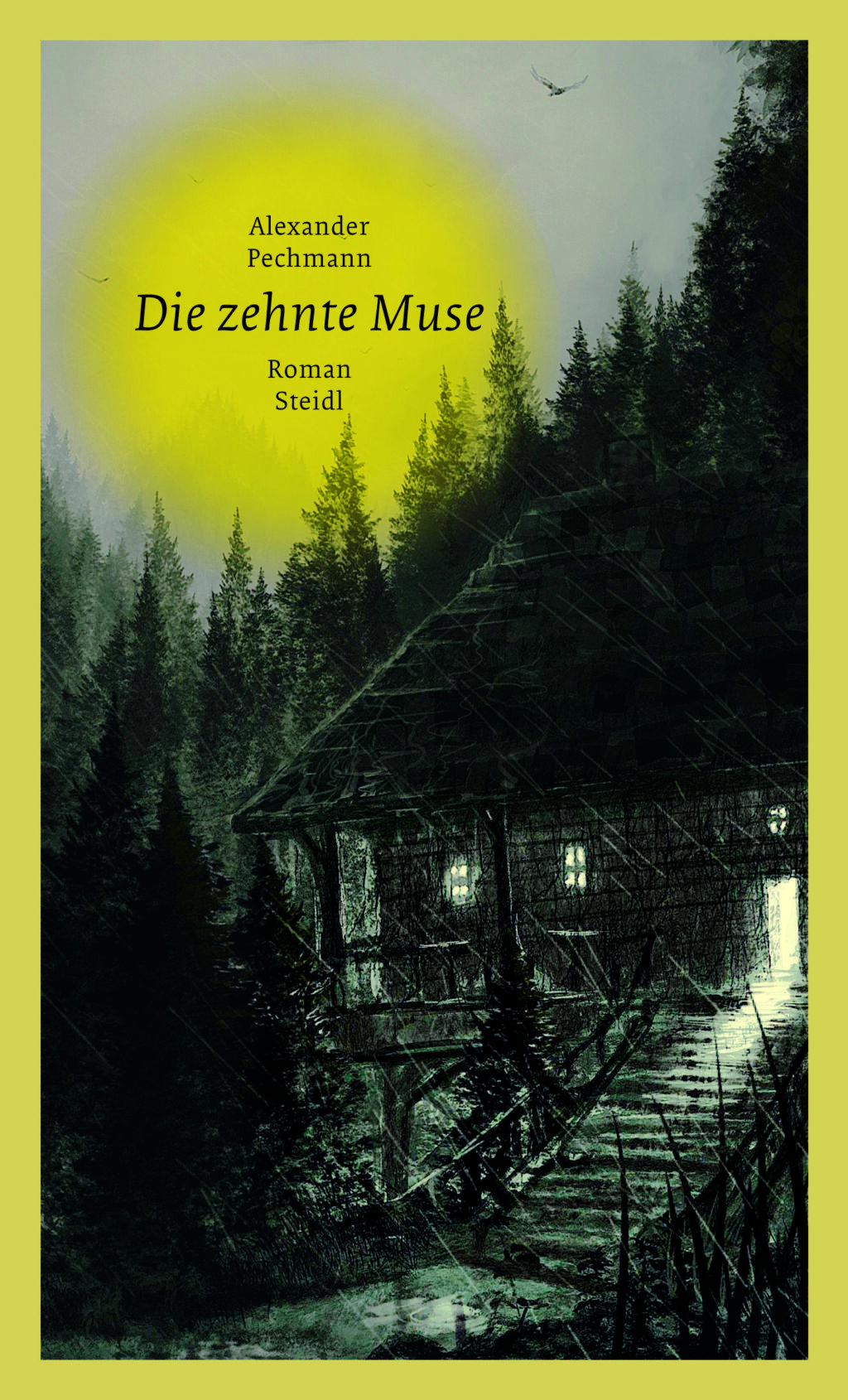 The Tenth Muse is set in 1905 when a German symbolist painter of Yenish (an itinerant group in Western Europe) origin and a British writer try to understand their encounters – decades apart – with a mysterious Yenish girl by a pond in the Black Forest. The painter Paul Severin and writer Algernon Blackwood meet on a train. Blackwood is familiar with Severin’s work, and believes he has recognized in one of Severin’s paintings a strange girl he met in the Black Forest while at boarding school there in 1885.

Following this revelation, Severin tells Blackwood his life story. He was born into a Yenish family, but grew up in an orphanage after his mother was shot by a policeman and his father disappeared. He moved to Paris, where he became interested in symbolism and Gnosticism. There he met a fellow painter named Jacques Snell, who told him about his encounter with a strange Yenish girl in the Black Forest during his time at boarding school. Intrigued, Severin travelled to the spot Snell described in 1904, where he encountered the same young woman. He painted her and tried to convince her to run away with him, but she told him she was ‘bad luck.’ She also told Severin that the policeman who shot his mother was actually looking for her, making her complicit in his mother’s death. In spite of himself, he recoiled from her, but after leaving the Black Forest he couldn’t get her out of his mind.

Now, a year later, en route to the same place, he and Blackwood compare timelines. The girl doesn’t seem to age. Is she the youngest in several generations of women? Is she a ghost? Her name is Talitha, like the child resurrected by Jesus in the Biblical story. Drawing on symbolist imagery, Blackwood posits that she is trapped in a kind of cosmic in-between and looking for someone to help her cross over. The clue as to who the ‘tenth muse’ of the title is may lie in an early reference by Blackwood in the encounter with Severin: ‘We dreamers can also conceive of time as a living being, a playful child…or a merciless deity.’ Talitha may even be a symbol of time itself, whose strangeness and incompleteness reminds adults of the need to value the small details in life, and the dangers of losing their ‘sense of the magic that surrounds them’.

The Tenth Muse is a supernatural story that takes an intriguing and philosophical approach to artistic inspiration, featuring heated discussions about symbolism, Gnosticism and the ideals of painting, and providing an enthralling glimpse into late-nineteenth and early twentieth-century history, particularly the Black Forest region’s Traveller community.

Alexander Pechmann, born in Vienna in 1968, is a novelist, editor and translator of English and American literature of the 19th and 20th century by authors including Herman Melville, Mary Shelley, Sheridan Le Fanu, Mark Twain, Robert Louis Stevenson, Henry David Thoreau, Rudyard Kipling, F. Scott and Zelda Fitzgerald. He has a special interest in lost stories and hidden classics.