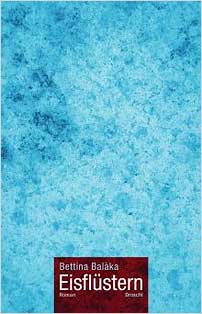 This gritty novel has a detective story element, which adds cohesion to the plot. But, much more than that, it offers a profound insight into the mentality of a soldier returning from a grim theatre of war, the adjustments he has to make and in many cases fails to make, and, in this case, something even more specific: the reasons behind the mood in Austria in the interwar period itself. The rise of anti-semitism was one element of course. But there were so many other strands of hatred, bitterness, jealousy and unease which British visitors, beguiled by the notorious Austrian gaiety and charm, often simply failed to detect.

To begin with the police setting: Balthasar Beck returns to Vienna after first world war experiences in the Austrian army that included years of imprisonment in Siberia and a period spent fighting on the side of the newly formed Red Army in the Russian Revolution. At first he is too shattered even to go home, but having got over this he also asks to be reinstated in the police force in his former role as a detective. Here he is almost immediately precipitated into the scene of a horrific murder, in which the victim’s face has been mutilated, nine of his ten fingers removed, and his back whipped with a Nagaika, a particularly vicious version of the cat-o-nine-tails. Other corpses are discovered and Beck himself falls under suspicion when it emerges that he knew two of the victims from his time in Siberia. Not till the end, when the real perpetrator of the crimes shoots himself, do the ins and outs of this wartime horror story finally fall into place.

This is an amazingly powerful book, and not least in the details Bettina Balàka brings to life: the stark, initial differences between the officers’ and the soldiers’ fare; the clothes made of paper when the war ended and uniforms were no longer required; the uncooked grain; the lice; the venereal disease; the bits of bodies dropping off in the extreme cold and the crackling of freezing breath. Haunted by all this, the main character is afraid that a child may see inside him and be poisoned as a result. What a verdict, and what a truth.

Bettina Balàka was born in Salzburg in 1966, studied English and Italian and lives in Vienna. She has been awarded several prizes for her poetry, essays and fiction, including a Robert Musil Scholarship for Eisflüstern.

Literaturverlag Droschl is based in Graz, Austria’s ‘secret capital of literature’, and is devoted to promoting contemporary authors in the German language and others. Droschl’s first book was produced in 1980 when the decision was taken to convert the eponymous gallerycum- bookshop into a publishing house. Authors include Gerhard Roth, Eleonore Frey and Peter Waterhouse. Poet Ernst Jandl praised Droschl Verlag as being ‘a courageous and dynamic enterprise’