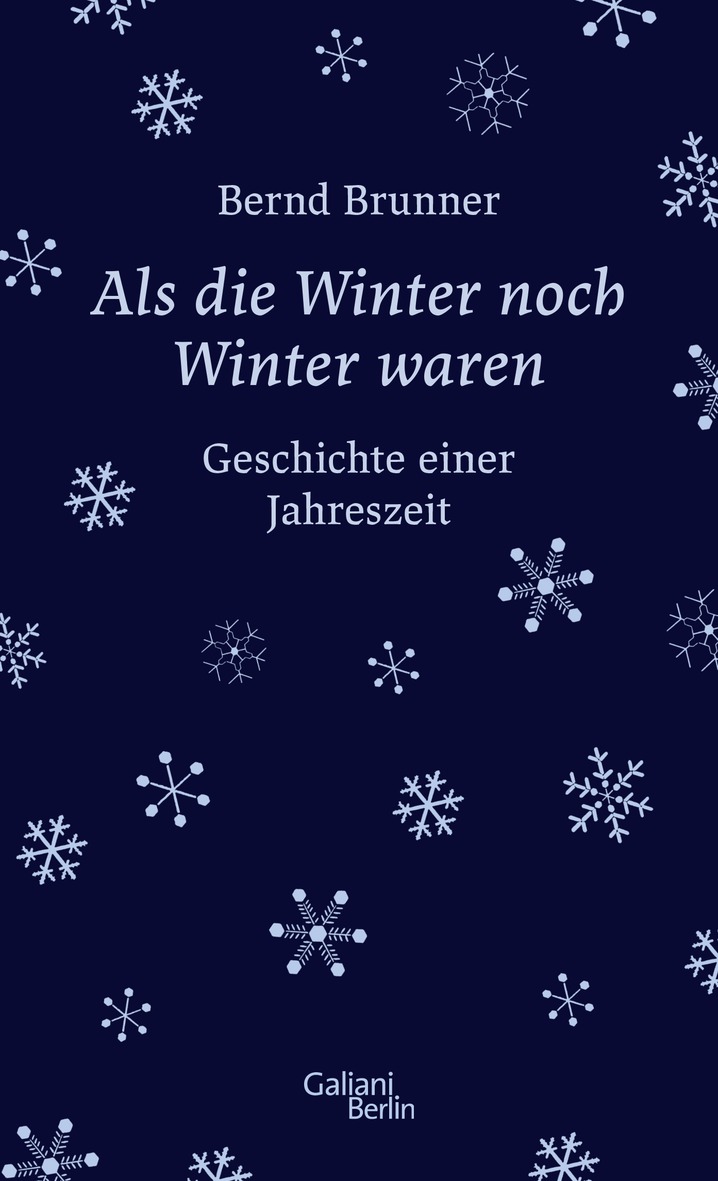 In his latest book, popular German author Bernd Brunner turns his attention towards the coldest season. The result is an outstanding cultural history of winter.

Brunner is well known for his broad explorations of deceptively simple subjects. At first glance, no subject can be simpler than a season we all experience every year. But Brunner’s talent lies in compiling and organising information in surprising and informative ways: the breadth and sheer diversity of the material he presents is deeply satisfying. Encompassing both a scientific and a historical approach, When Winter was still Winter illustrates its subject with a selection of tales and anecdotes, literary extracts and other cultural snippets.

In his wide-ranging exploration of winter, Brunner writes about everything from seasonal change to sports, to art and nature. Nineteen short chapters give an insight into the power winter has held over the cultural imagination, and the fascination scientists have always held  for it. Brunner has collected many interesting anecdotes that add colour to his story: the reader learns, for example, that Émile Zola died in his sleep from carbon monoxide poisoning. Not merely confined to Europe, he also dedicates a chapter to the Niigata region in Japan, which receives heavy snowfalls during winter despite a subtropical climate. Also discussed are traditions and figures such as Santa Claus; avalanches; how pictures of winter became an artistic trend; and accounts of winter journeys. Sections about artistic movements sit comfortably next to reflections on snow or winter plants. Brunner closes with a reflection on the future of winter.

As climate change alters our seasons forever, this book may well become a memento of a season that will not be defined by snow and cold for much longer. Brunner’s utterly engaging writing style sets this cultural history apart from other books and makes it readable for a wide audience. Packed with interesting observations and quotable anecdotes, this book reflects its author’s depth of knowledge, while at the same time being hard to put down.