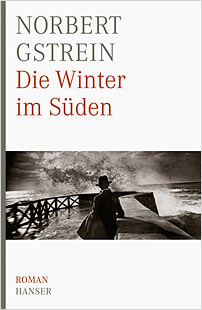 Marija is a fifty-year-old woman living in Vienna in a marriage that seems fraught with provocation and frustration. She is of Croatian origin, and the increasingly tense background of the conflicts in her former homeland – the time is the 1990s – spurs her into a decision to travel back to Zagreb after forty-five years of exile. Her husband is less than keen. He is a Communist, and when they first met all those years ago he treated her almost as a trophy girlfriend on account of her nationality, ignoring the fact that her father was a former paratrooper who had fought on the wrong side and fled to Buenos Aires.

This latest novel by the celebrated Norbert Gstrein is an account of the lives of the estranged father and daughter. We see Marija in Europe, wondering whether she can really cope as she faces the challenge to her long-held concepts and the puzzle of her own identity, while in Argentina her father, ‘the old man’, now longs, like most of his fellow exiles, to get back home. When Marija reads an article in a local newspaper which reveals that he is still alive she feels stunned and betrayed, learning, for the first time, not only that he is not dead (as she had always believed), but also the full extent of his long-term lies and deceits. And when, at the end of the book, she is told that he now really is dead, she feels at least a sort of relief, coupled with the hope that, however long it may take, her marriage may perhaps be repaired.

There is enormous wealth of characterisation, movement, action and insight in this splendid and harsh book, which picks up in part on the theme of Die englischen Jahre, Gstrein’s earlier account of individuals in exile after the Second World War. Written in a beautiful style which abounds with evocative imagery and vivid dialogue, it is reminiscent of other great novels portraying individual relationships played out against the tense backdrop of European history, such as those by Sándor Márai or Gabriel García Márquez. A searing and still relevant story of battles between countries and individuals.

Norbert Gstrein was born in 1961 in the Tyrol and, after a period in Zurich now lives in Hamburg. He studied mathematics in Innsbruck and Stanford, California. His awards include the prestigious Alfred Döblin Prize which he won for Die englischen Jahre.

Translated editions of his work are published by:
Harvill (UK); Einaudi (Italy); Gallimard (France); Meulenhoff (Netherlands) among others.