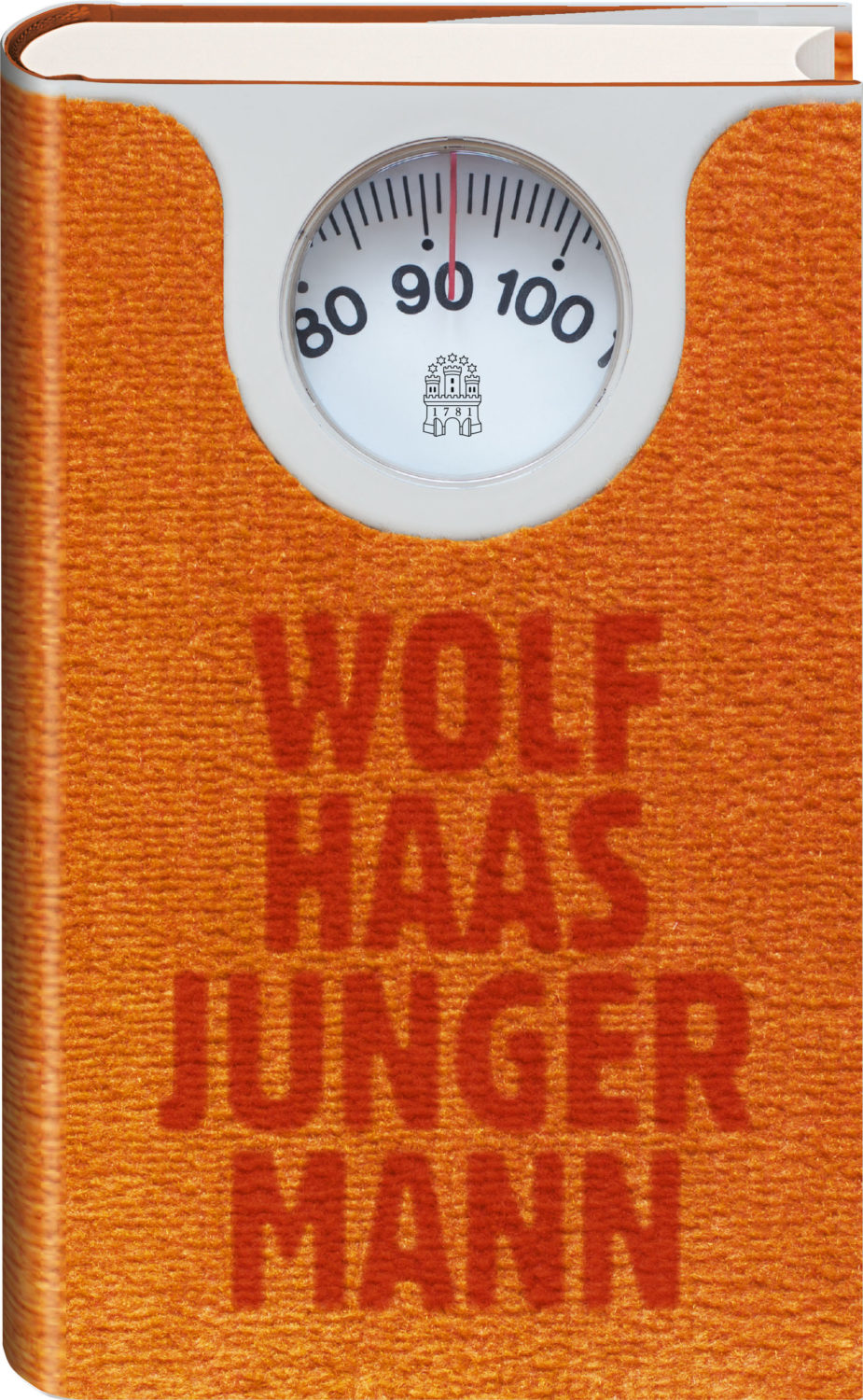 One of Austria’s finest crime novelists is back with a wickedly humorous story which is guaranteed to appeal to his fans worldwide. Wolf Haas’s unusual novel is a comical and moving coming-of-age story about an overweight thirteen-year-old boy who falls in love with a married woman in her early twenties.

Young Man is beautifully written and brimming with empathy for a young man struggling to make sense of love, life and relationships. This semi-autobiographical novel is set in the summer of 1974, when the narrator is working at the local petrol station. This is where he first meets Elsa. He instantly falls in love and decides to lose thirteen kilos in an attempt to win her affection. It turns out that Elsa is married to Tscho, a man Wolf has known since childhood and who is too cool to take much notice of him. As a lorry driver, Tscho spends much of his time away, leaving Elsa alone for days on end. At her insistence, Wolf starts giving Elsa English lessons during these absences, and they slowly become friends.

When Tscho is not away, he is tinkering with old cars at the garage where Wolf works. Out of the blue, Tscho asks Wolf to accompany him on a trip to Greece as his interpreter. Wolf reluctantly accepts, frightened by Tscho’s possible intentions. To Wolf ’s surprise, Tscho is excited to share his discoveries with him, introducing him to all kinds of new foods. So poor Wolf, while trying hard to lose weight, finds himself tucking into pizza, chips, spaghetti and the Balkan speciality cevapcici.

In Greece, Wolf is introduced to Tscho’s girlfriend and their young daughter – the real reason for his trip. It emerges that Tscho has cancer and that he is planning to take his own life rather than have an operation. He asks Wolf to make sure that his daughter is looked after and that Elsa never finds out about her or his illness. Instead, Wolf heroically talks Tscho out of his plans and ensures that he gets back in time for his scheduled operation. Elsa is already waiting for them at the hospital, having found Tscho’s letters from the hospital in the garage. The book ends with a glimpse of the future when, four years later, Wolf sees a newspaper photo of Tscho with Elsa, the Greek girlfriend and their daughter, all smiling.

Readers will relate to Young Man’s look at life and love through its likeable protagonist. Wolf Haas’s inventive and creative use of language, and his gift for telling one story by means of another, set him apart from his contemporaries.

Wolf Haas was born in 1960 in Maria Alm am Steinernen Meer and lives in Vienna. His crime fiction novels starring private eye Simon Brenner sold millions of copies and have been made into successful films. He received the 2016 Jonathan Swift International Prize for Satire and Humour for the Brenner series and the 2013 Bremen Literature Prize for his novel Verteidigung der Missionarsstellung.