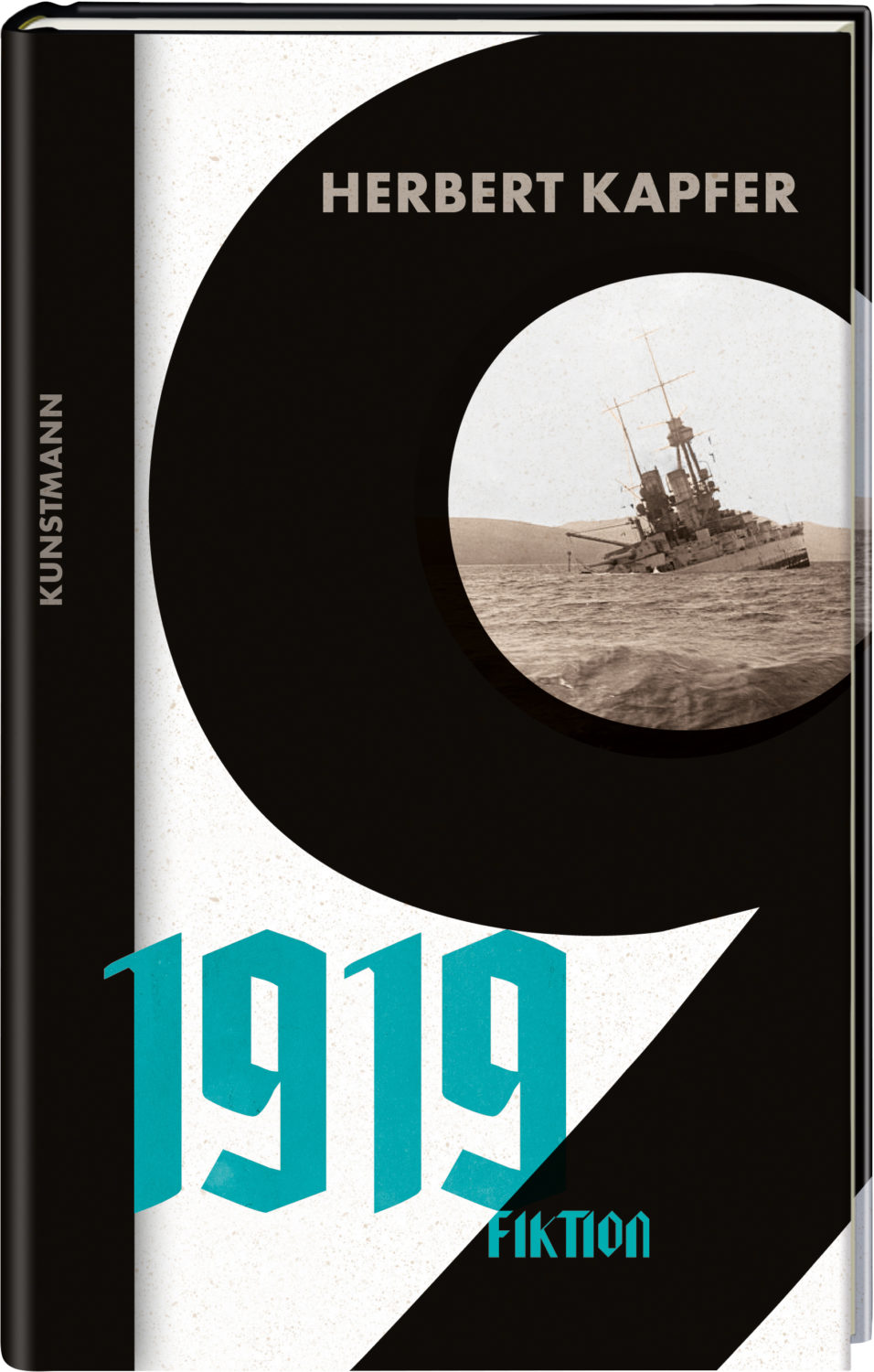 1919 is a striking piece of historical fiction, chronicling the immediate aftermath of the First World War and the November Revolution in Germany. Composed entirely of dissected and rearranged texts published in Germany between 1918 and 1936, 1919 offers an innovative and thought-provoking take on one of the most diverse and interesting chapters of German history.

The narrative unfolds in four sections, each consisting of a variety of narrative threads illustrated with original photographs. The text deals with the social, economic and political effects of major events including the navy revolt in Kiel, the October Revolution in Russia, the resignation of Kaiser Wilhelm II, and the repercussions of the Treaty of Versailles.

Kapfer’s montage presents a social and political cross-section of German citizens: left- and right-wing activists, wealthy defenders of the aristocratic order, and unemployed vagrants. While the fragmentary narrative transcends conceptions of genre and undermines a stable point of identification with any given character, these individual accounts nonetheless lay bare the human quality in events that retrospectively appear politically motivated. The accidental death of a loved one results in political radicalisation; the psychological exhaustion of soldiers causes temporary transgressions of peace treaties; and a melancholic official on a hidden submarine base conserves the hierarchical structures and ideology of the Second Reich long past its end.

The frequent shifts of perspective give the reader direct access to the logic of socialist as well as nationalist thought. At one point, for example, the narrative follows Adolf Hitler nominating himself as the chair of the German Workers Party, a precursor of the party that later became infamous as the NSDAP (National Socialist German Workers Party). The common ground of these individual narrative threads is a profound sense of disorientation and instability, which infects the reader by means of the fragmentary narrative structure. Even to those with little prior knowledge of German history, the text conveys the fundamental situation of 1919 Germany as one of social, economic and political instability and unpredictability.

The great success of Volker Weidermann’s Dreamers in Ruth Martin’s English translation (Pushkin Press, 2018) points to a surge of interest in this historical moment. Kapfer reconstructs a complex and multifaceted period through his sophisticated editing of a collage of original sources, with a literary approach to German history that is as unconventional as it is rewarding.

Herbert Kapfer was born in Ingolstadt, Bavaria in 1954 and is a writer and columnist. Between 1996 and 2017 he was head of radio drama and media art at Bavaria Radio. In 2017 he published Verborgene Chronik 1915-18 (‘Hidden Chronicle 1915- 18’, with Lisbeth Exner) and a collection of essays from his work in radio, sounds like Hörspiel.