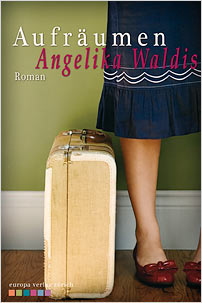 This charming novel charts the twofold journey of its principal character: her physical travels around northern Italy and her mental expedition through her memories. It succeeds in capturing the ambiguities of both human emotions and real situations.

Luisa Racher is seventy years old and is travelling by train from Switzerland to Italy. A younger man, Flack, is travelling in the same compartment and his unconventional behaviour attracts her attention. As she travels, the reader is made party to her thoughts and memories, and her purpose in travelling. Her unsatisfactory absentee husband, Alfred, is an unsuccessful artist who has belittled Luisa and been unfaithful to her throughout their marriage. Alfred has paid little attention to their two daughters, Mirjam and Maja, who is disabled. Alfred lives in Genoa, and Luisa intends to make a clean sweep of her life by cooking him a poisoned curry, before returning home without attracting attention.

Meanwhile, the journey to Italy has gone wrong: Luisa and Flack are obliged to disembark in Milan late at night and find a hotel. She thinks Flack is slightly mad and wants to get rid of him, but he is quite helpful, and can speak Italian. They end up embarking on an alternative journey to Genoa together, which involves hiring a car, a near accident, and visiting all sorts of places that Flack points out. The two intuitively share a sense of the ridiculous and the fanciful. Although Luisa intends to shake Flack off, she finds herself confiding in him and enjoying their journey together. She learns that he has been admitted to a psychiatric hospital but is now on the run. Eventually they go their separate ways. Luisa arrives in Genoa to find Alfred ill in hospital. He seems pleased to see her and she ends up helping him to get his affairs in order before returning to her daughters in Switzerland.

A short time later Luisa arranges an outing with Flack, who has gone back to the psychiatric hospital, and takes him to see Maja in her care home. Although Maja can’t speak, there is a bond between the three of them. While Flack will soon be able to return to normal life, Maja will not. Luisa realises that she has simplified her life after all, although in a different way from how she had intended. This thought-provoking and slightly unexpected book is reminiscent of Penelope Lively’s work and its unusual story will appeal to English-speaking readership.

Angelika Waldis grew up in Lucerne. After training to be a teacher, she studied German and English at the University of Zurich and became a journalist. She founded the children’s magazine Spick and in 2000 she was awarded the Swiss Youth Book Prize. After that she began to write for adults, and has since won several awards for her short stories and novels. Angelika Waldis has a son and a daughter and lives near Zurich.

Europa Verlag Zürich AG was founded in 1933 by Emil Opprecht in Zurich. He started by opening a bookshop and soon started publishing literature and political works. It was his wish to provide a platform for persecuted authors, so his publishing house became a real home for emigrants and people in exile. Arthur Koestler, Thomas Mann and Willy Brandt were published between 1933 and 1945. In 2010 the publishing house was relaunched, but continues to be commited to the traditions and merits of Emil Opprecht.