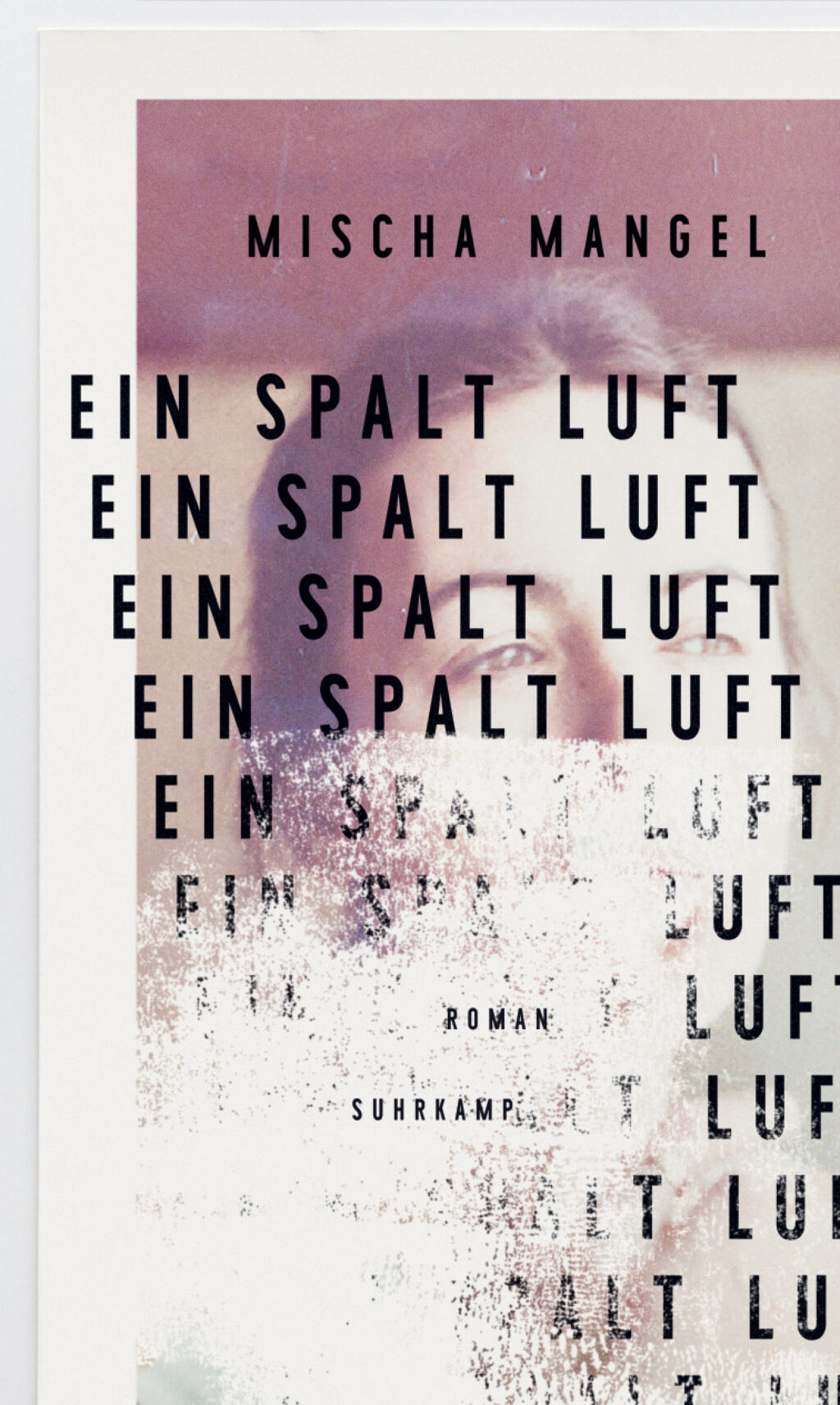 A Crack of Air explores a man’s relationship with his estranged mother after she has a mental illness that leads to their separation. Looking through her files, listening to her answerphone messages, speaking with her relatives and his father, and raking through his own memories, he gets everywhere and nowhere. Mischa Mangel’s debut is an intelligent and challenging work of literary fiction with a contemporary European feel.

The narrative in A Crack of Air is disconnected and non-linear, proceeding in the form of collections of words that the narrator attributes to the various characters: himself, his father, his mother, and his grandfather. The narrator is driven by his determination to understand the complex relationship he has with his mother. We learn that the narrator’s parents had a happy and passionate relationship until his birth but that his mother began to display symptoms of psychosis almost immediately afterwards, and left his father, taking the baby with her.

The narrator lived with his mother for two years, until her behaviour was considered – by the father, child support, and psychologists – to be too disturbing for this to continue. There are several dark hints of child abuse, though the mother’s side of the story is unavailable. The narrator is allowed to continue visiting his mother for a few more years, until contact is broken off. There are various reasons for this, including that the narrator’s father doesn’t want him to be an experimental part of his mother’s treatment. When he tries to reconnect as a university student, his mother sends polite emails, putting off the meeting. Now in his 30s, he is looking to reconnect again. Throughout the book, however, the mother exists as a shadowy figure at the edges and whom we never meet: she shouts abuse at the narrator’s father in voicemails and dismisses her son via email.

A Crack of Air is a searing portrayal of a mind falling apart, documented through a series of memories, papers, and psychological reports. These narrative snippets are interwoven with various fairy tales, and extracts from a short story the narrator has written, as we are invited to lose ourselves in the fragmentary narrative and let its patterning wash over us. Mischa Mangel’s probing exploration of the construct of (in)sanity in contemporary society makes for reading that is simultaneously rewarding and profoundly unsettling.

Mischa Mangel, born in 1986, lives in Berlin and studied Creative Writing and Culture Journalism in Hildesheim and Cultural Mediation in Hildesheim and Marseille. He was a finalist in the Literaturpreis Prenzlauer Berg award for young authors in 2015. A Crack of Air is his debut novel.