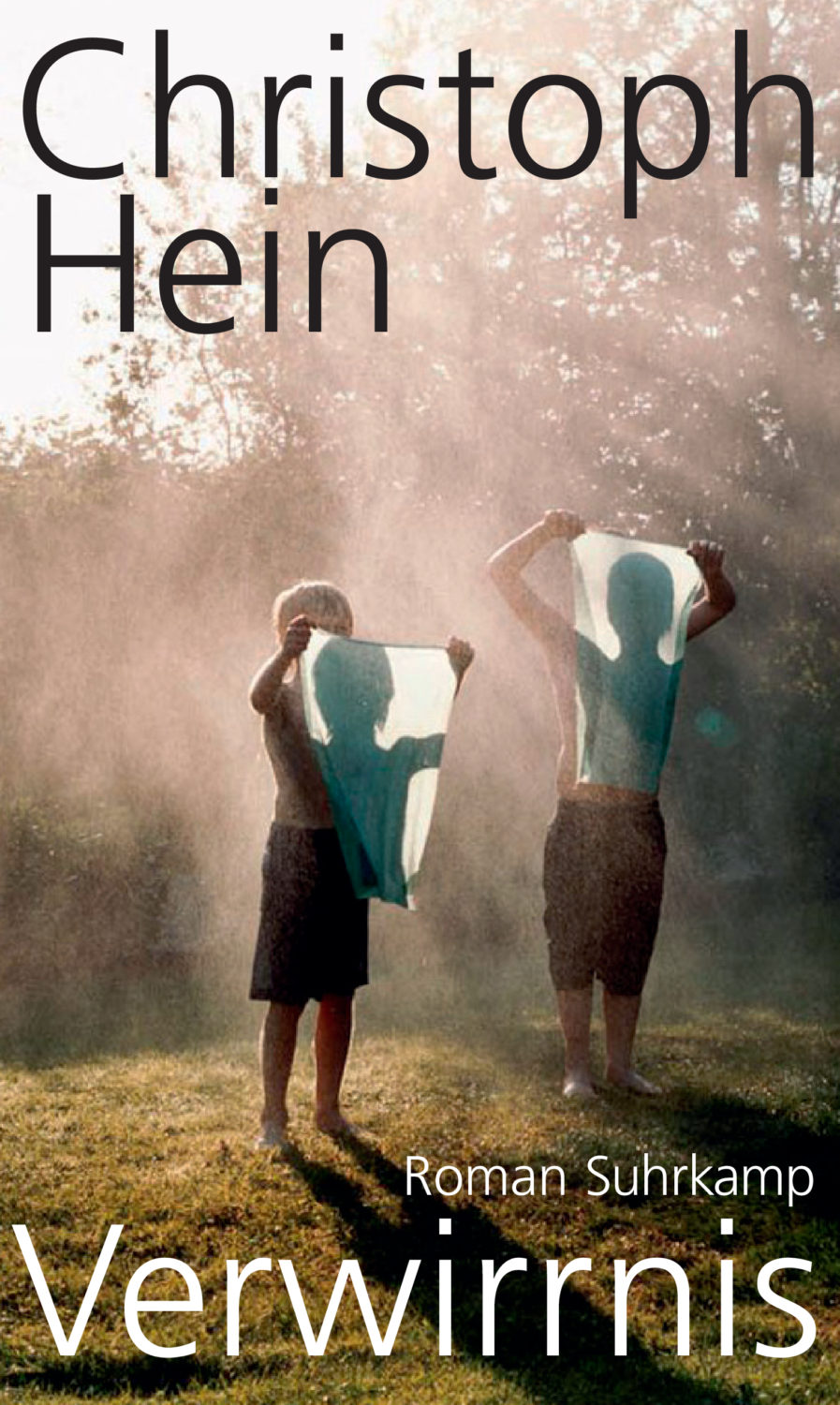 Christoph Hein returns with a fresh take on the history of East Germany intertwined with a poignant story of love and loss. A State of Confusion follows Friedeward Ringeling from the early post-war years until the 1990s, as he battles to come to terms with his homosexuality, facing hostility from family, church and state.

Friedeward grows up in Heiligenstadt, a devout Roman Catholic town in Thuringia. His father is a brutal disciplinarian, regularly beating his sons with a seven-tailed whip. Things change for the better when a new boy, Wolfgang, arrives at school. Wolfgang and Friedeward become close friends and a sexual relationship soon develops between them. Homosexuality is illegal and punishable with imprisonment, so their relationship has to be kept secret. When Friedeward’s father finds out, he beats his son and forces Wolfgang to leave town. The two young men are reunited, however, when they both study in Leipzig. They befriend Herlinde and Jacqueline, a lesbian couple, and Friedeward and Jacqueline get engaged in an attempt to conceal their real relationships.

Wolfgang moves to West Berlin, leaving Friedeward heartbroken but intent on making a success of his professional life as a literature lecturer. After the Wall goes up, Friedeward only just manages to hold on to his job and is left with little hope of promotion. Invited to lecture in Vienna, he is only permitted to leave the GDR if he writes a report for the Stasi, who indicate that they hold information of interest about his private life… Blackmailed, Friedeward agrees, but manages to deliver a report that incriminates no-one. When the tables turn in the 1990s, and a vindictive cleansing process identifies Friedeward as an ‘unofficial Stasi collaborator’, he faces dismissal from the university. Unable to exonerate himself without simultaneously revealing his homosexuality, and still consumed by his Catholic guilt, Friedeward chooses to take his life.

Despite this intensely moving outcome, the novel ends positively: Friedeward’s funeral procession becomes a demonstration through the streets of Leipzig, and the story ends with Jacqueline and Herlinde, who will no longer hide their love.

Hein’s gripping novel deftly dramatises the effects of ideology and dogma on individual lives. The calm and assured voice with which he tells Friedeward’s story heightens the impact of the novel’s events. In this remarkable novel, Hein skilfully combines a flair for detail with the broad brushstrokes of historical context.

Christoph Hein was born in 1944 and lives in Berlin. He has written novels, novellas, short stories, plays, essays and children’s books. In 2002, Suhrkamp Verlag acquired the world rights to his works. When the PEN Centres in East and West Germany merged, Christoph Hein was president of the German PEN Centre from 1998 to 2000.