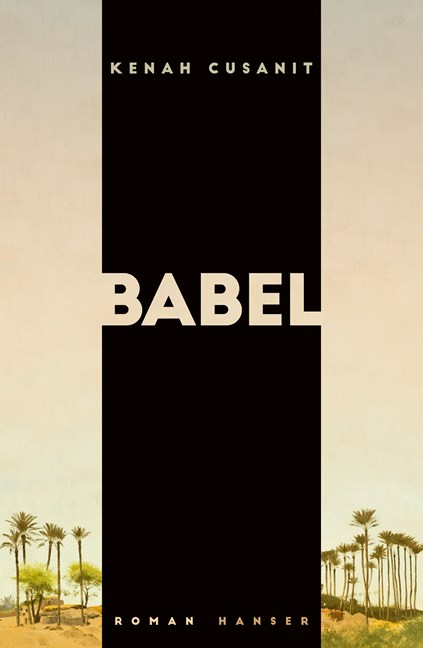 This fascinating debut is written from the perspective of the prominent German archaeologist Robert Koldewey (1855-1925). Koldewey was responsible for the discovery and excavation of the city of Babylon and the famous Ishtar Gate, and this nuanced, high-level discourse on history, photography and politics, reminiscent of W. G. Sebald’s writing, deserves widespread attention.

Robert Koldewey was involved in the archaeological excavation of various Middle Eastern sites in the late nineteenth and early twentieth centuries. One of the most prominent archaeologists of that period, Koldewey represented German interests in the race to find locations known previously only from biblical and other ancient traditions. The first section of the novel accompanies the polymathic Koldewey as he muses on history, photography, cartography and the cultural differences between East and West, while rendered bedridden due to appendicitis. His interactions during this period are limited to those with his assistant Buddensieg, but his thoughts range widely across a plethora of interesting topics, from new developments in photography, to architecture, the technical aspects of bricks, and the latest progress in the excavation of the ancient city of Babylon.

In the second section of the novel, Koldewey starts to feel better. Following the ancient medical prescriptions regarding internal ailments, he gets up and starts walking. He walks down to the River Euphrates and talks to locals working on the excavation of Babylon, including the English writer and archaeologist Gertrude Bell. Later he travels to Berlin, where he is shaken by the changing city, so different after his six-year absence. His primary reason for the journey is to report to the German Orientalist Society and to the German Kaiser. After a successful meeting in the Berlin Palace, Koldewey is once again lost in thought, seemingly unaware of the impending World War, and contemplating the parallels between Babylon of yore and Berlin of the present.

With its rich, exploratory sentences, studded with unexpected details on all sorts of interesting topics and a narrative interspersed with lists, letters and photographs, Babylon is an extraordinary and deeply rewarding novel that reads like a cross between Sebald and Mathias Énard. Kenah Cusanit brings to life an impressive historical figure whose reflections on his life and times are full of insight and inspiration.

Kenah Cusanit, born in 1979, lives in Berlin. She is an orientalist and ethnologist, and has received several awards for her essays and poems.