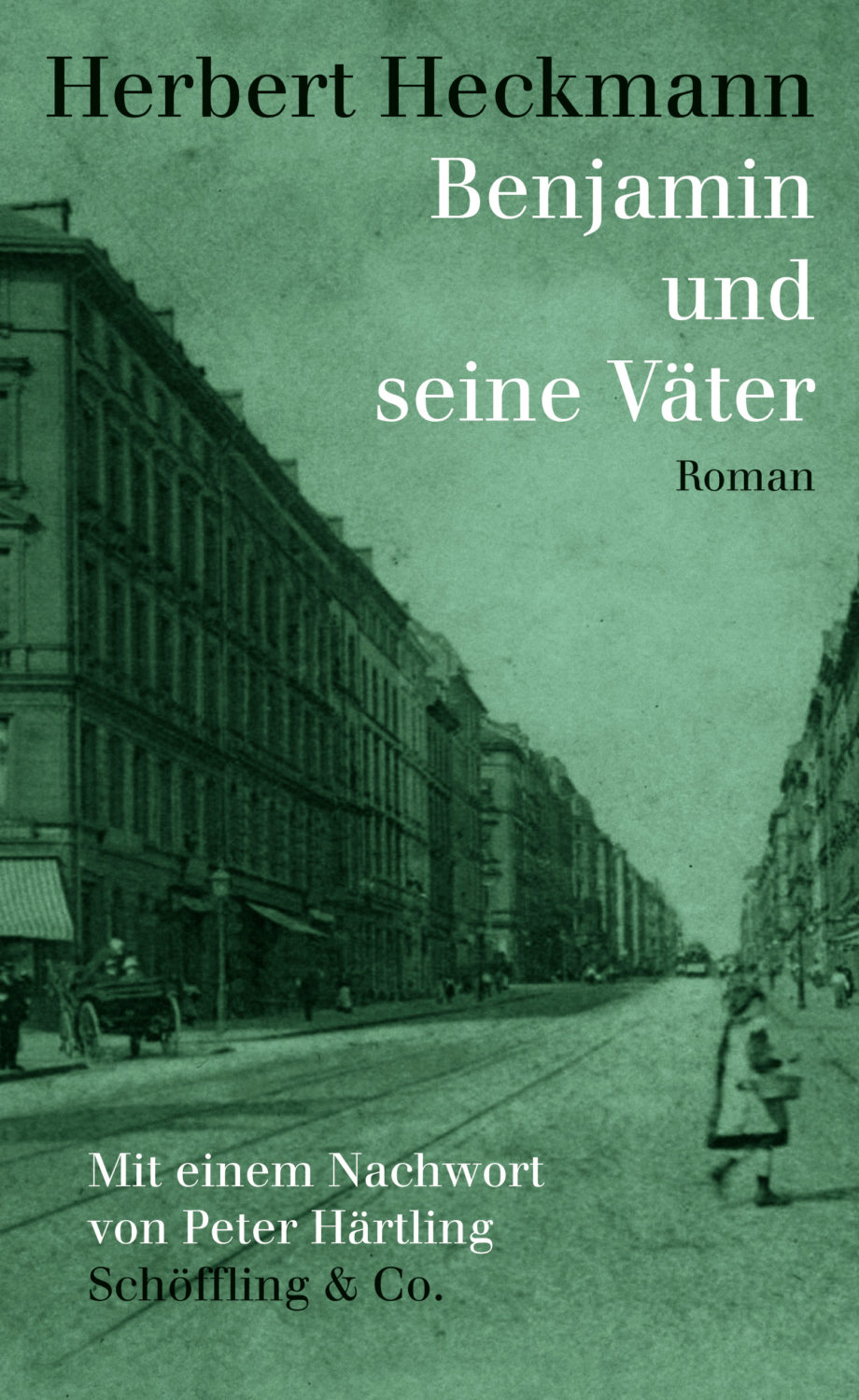 Frankfurt, the 1920s. A boy with a trumpet fantasises about parading through the streets that frame his small world, leaving them in rubble as he attains the objects of his longing: America and the father he has never known. In the 1930s, the same boy watches helplessly as the narrow limitations of his life finally crumble into dust. For a moment, it seems that in Benjamin and his Fathers only anger remains at a generation of fathers who die, leave or commit suicide. Yet young Benjamin has one weapon left, and that is his gift of imagination, sharpened on his favourite novel, Don Quixote. With the fictional knight to the rescue, Benjamin improvises his way through a city boyhood: ranging from the tragicomic to slapstick moments of pranks gone awry, this is a light novel that explores what it means to be human in dark times.

With a name that sets him out to be both outsider and quirky inventor, Benjamin traces the footsteps of Benjamin Franklin yet is doubted by officialdom – ‘is this a Christian name?’ Our hero lives with his mother, and both are taken under the protection of elderly lawyer Fritz Bernoulli. Lover of absurdity, cigars and books, Fritz is the only true father figure in the novel. Benjamin and his mother give him the nickname Jonas because he combines the grotesque appearance of the whale with the rhetorical prowess of the prophet. With an abundance of original opinions, Jonas is the driving force behind the novel’s spirited dialogues.

While Jonas puffs and chuckles in his armchair, Benjamin roams the city streets, matching his own fictions of the world with those of his friends. Absent father figures are particularly prone to shapeshift in these boys’ imaginations, but make no mistake: there is little naïveté in this. Moral codes are there to be tested, and Benjamin celebrates triumphs as much as he endures pangs of guilt after killing a cat as supposed medicine for his warts. This lightly written novel contains darkness. Police beatings, the loss of a friend to a child’s version of Nazism, another friend’s flight from antisemitism all indicate what lies ahead for these boys.

In Heckmann’s universe, to be human is to be Quixotian. Accidentally locked in the attic on one particularly fateful night, Benjamin fights with a rusty sword against objects that suddenly come to life. These windmills, though, eventually turn into violence that is all too real. Grown into a young man he finally meets his biological father, but this moment is no more than a reminder of a lost world: his father works with the circus, a space of magic and wonder for the boy Benjamin. But it is too late. Benjamin is now a soldier in France, and the clown is out of work.

Despite the disillusioned ending, one question persists throughout the novel: Heckmann asks what the significance of the literary imagination might be in times of terror. As Benjamin learns to read the world through books, his vision is markedly different from the rawness of the Nazi years. While Gogo, his childhood best friend, is taken in by a simple worldview where brute force means power, Benjamin makes friends with a Jewish boy dreaming of escaping.

In the face of a broken future, this novel searches for resistance in the tenderness of ambivalence. The malleability of the narrative is evidence of this approach, a string of anecdotes related by association rather than being forced into a master narrative. The fragment-like ‘Denkbilder’, ‘thought-images’ of Benjamin’s other namesake, Walter Benjamin, are never far from view. Ultimately, this offers an alternative to the temptation of viewing the world in simple dichotomies, which force apart the strong from the weak, the insiders from those who are excluded.

The publication of Benjamin und seine Väter is timely precisely for that reason. Heckmann offers us an opportunity to think, write and read about what it means to acknowledge humanity despite the violent sheen of ideology.