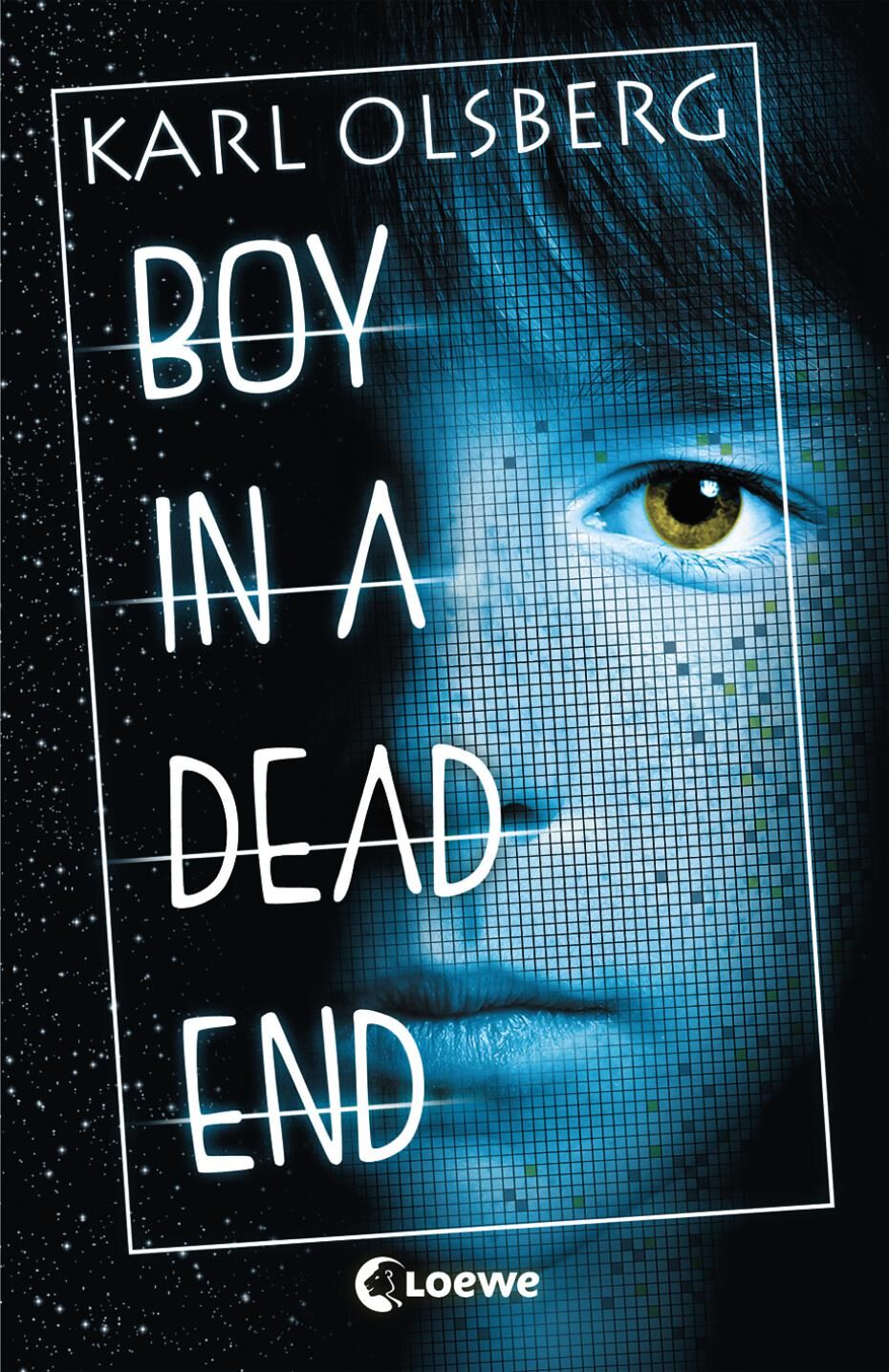 Karl Olsberg’s latest YA title draws on his AI expertise to provide a disturbingly credible insight into the not-so-distant future. Boy in a Dead End expertly navigates the moral conundrums surrounding AI, exploring what it means to be human.

It is the year 2034, and the boundaries between the real and digital worlds are more blurred than ever. Manuel is suffering from Amyotrophic Lateral Sclerosis (ALS), the same terminal disease that affected Stephen Hawking, and is aided by a wheelchair named Marvin (a reference to The Hitchhiker’s Guide to the Galaxy). Marvin is designed using AI and can climb stairs, talk to Manuel, feed and lift him, and much more. Holographic glasses, startlingly real VR games and drones are ubiquitous.

Manuel is all too aware of his mortality and sees how his parents and sister suffer for him. An innovative technology that promises to transpose his consciousness into a digital world gives him new hope, although he is aware that he will almost certainly lose his life in the process. The technology is being developed by the company Nofinity, along with a private backer named Henning Jaspers, who is also the co-founder of Manuel’s favourite computer game software. Manuel undergoes taster sessions in a coffin-like simulator (Simpod) and is excited when he is able to walk as a digital person and experience simulated sensations.

Manuel decides to go ahead with a crucial brain scan but is kidnapped on his way to hospital by members of a religious sect opposed to the new technology. Manuel is kept prisoner in a remote valley in the Bavarian Alps and put under pressure to change his mind. Henning Jaspers initiates a rescue operation and, unbeknownst to his parents, Manuel is tranquilised, put into an artificial coma and taken to the Nofinity laboratory in Brussels. When Manuel’s sister receives a holographic message from her brother talking to her ‘six months after the scan’ she realises that Nofinity never intended to actually scan a human brain. In fact, they wanted to claim they could create immortal life in a virtual reality for financial gain and had simply created a digital version of Manuel through his time in the Simpod. The story concludes with some thrilling plot twists, as Manuel’s family finally manages to save him.

Olsberg offers an accomplished take on the popular topic of AI, exploring the possibility of a human being turned into a digital entity and delving into questions about immortality, control and morality.

Karl Olsberg has a Ph.D. in artificial intelligence, is the former manager of a TV channel and founded two New Economy businesses. His first novel, Das System (‘The System’), was published in 2007 and immediately made it onto the Spiegel bestseller list. He has since had success with numerous novels for adults, young adults, and children. His Minecraft novels reached #2 on the Amazon bestseller list and are also popular in the United States. He also founded the Papego reading app, which was named Content Start-up of the Year 2016. He lives with his family in Hamburg.