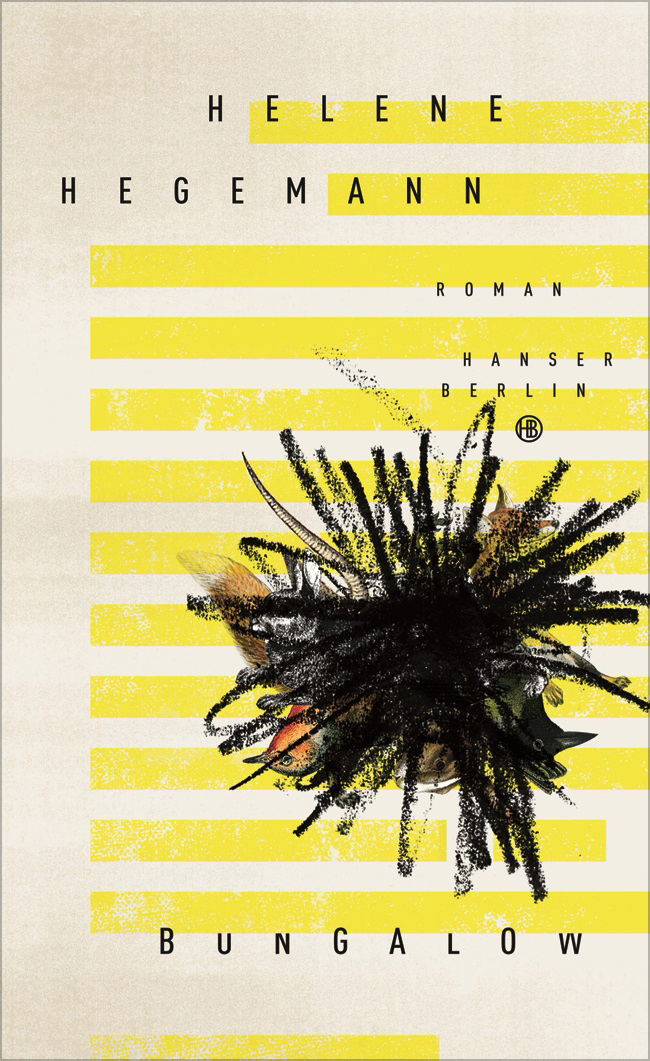 The controversial and precociously gifted Helene Hegemann is back with her third novel – an apocalyptic take on modern urban life with characteristically gory details and shocking twists.

The novel opens with the narrator, a seventeen-year-old girl called Charlie, having sex with an older man while his wife looks on. Charlie, it transpires, is sleeping with both of them. Bungalow charts the dramas and intrigues in this unconventional ménage à trois. Georg and Maria are middle-aged bohemians living in the bungalow of the novel’s title, while Charlie grew up on the housing estate next door. Both buildings are listed as modernist landmarks but inhabited by people from very different social strata; Hegemann effectively captures the contrasts and conflict when these two worlds collide.

At twelve, Charlie’s only friend is Iskender, the son of a Lebanese couple from her estate. Together they engage in all the typical teenage experiments. Charlie’s mother is an alcoholic who is becoming increasingly dangerous, volatile and embarrassing. Eventually her mother’s behaviour shocks Iskender so much that Charlie loses him for a while. Her mother runs out of money for food and Charlie lives off her wits, wearing unwashed clothes. A wave of suicides affects people from both housing estates.

Everything changes when a new couple moves into the bungalow opposite, and Charlie falls in love with them at first sight. Georg and Maria largely ignore Charlie until, one day, she stands in their garden and watches them having sex through a window. The novel charts the development of their unusual romantic arrangement, following the powerplay and shifting dynamics that characterise the trio’s interactions. In the novel’s climactic scene, there is a huge gas explosion in one of the neighbouring bungalows – the owner’s way of committing suicide. Two bungalows are destroyed, killing several people and causing horrific scenes of damage and injury. Maria finds Charlie in the smoke and chaos on the street, and takes her back to their bungalow where they struggle to make sense of what is happening around them.

Hegemann has an eye for curious details, capturing snippets of daily life that are often neglected and assembling them into a meaningful whole: dead animals on the streets, homeless people with mental illness, alcoholics (rich and poor), children watching pornography, ground-level ozone, broken things, private arguments, vomit and explosions. Her arresting prose paints a closelyobserved, warts-and-all picture of contemporary life.

Helene Hegemann was born in 1992 and lives in Berlin. Her 2010 debut Axolotl Roadkill was translated into 20 languages, and the screen adaptation – directed by Hegemann herself – won the World Cinema Dramatic Special Jury Award for Cinematography at the 2017 Sundance Festival.