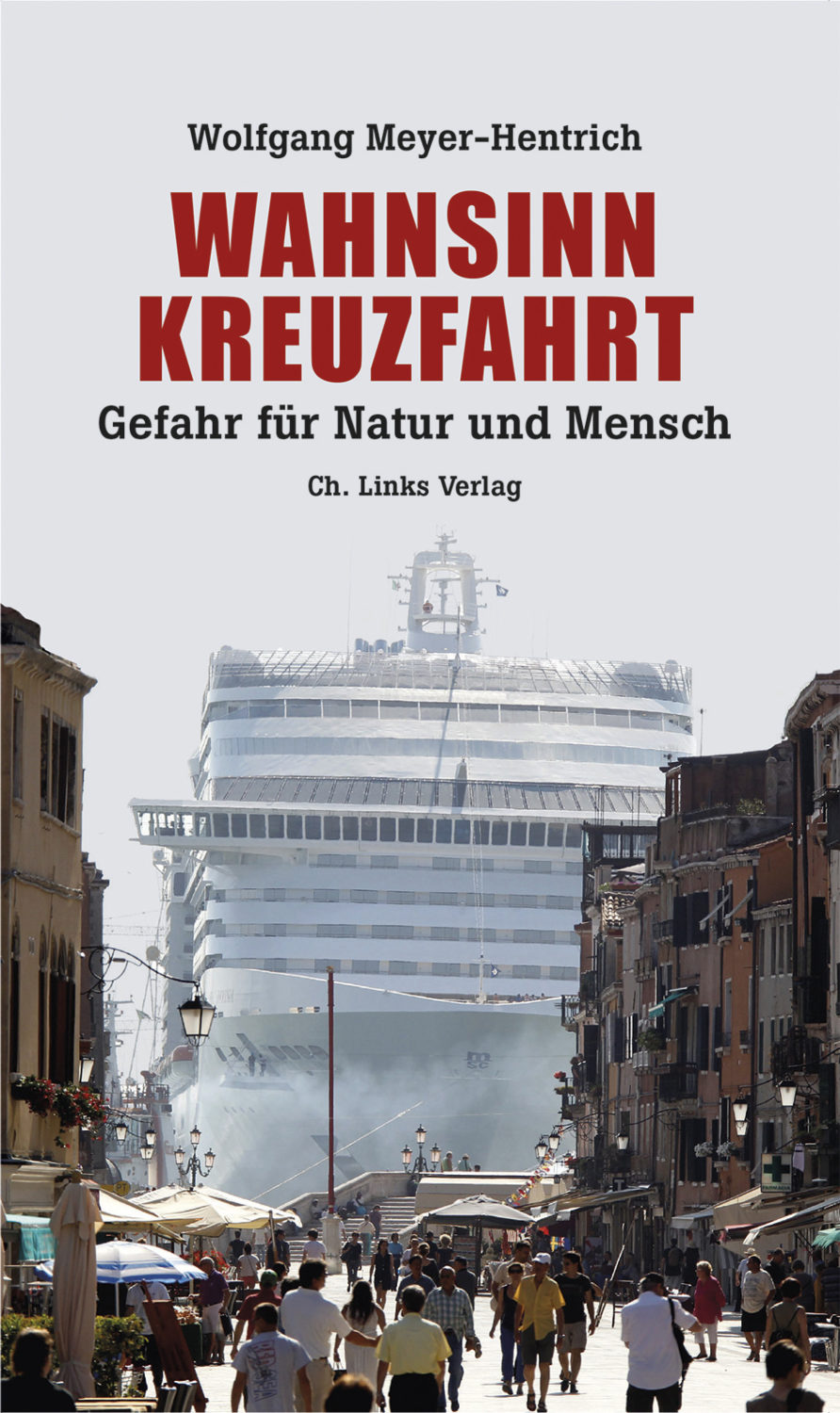 This is a hard-hitting exposé of the serious environmental and social problems arising from mass tourism in the cruise industry, written by industry expert Wolfgang Meyer-Hentrich.

The book opens with a short history of the cruise industry in the US and its expansion into Europe and elsewhere. Despite the continuing existence of companies like P&O and Cunard, the industry is now an oligopoly, with the world market being carved up between a small number of mega-corporations. As cruises have become accessible to an increasingly broad sector of the Western holiday market, cruise ships have grown ever larger, with the potential to flood a town with tourists when they dock. Enormous cruise ships (some now have over 7,000 passengers, not including the crew) are a serious source of pollution, dumping waste at sea and creating gaseous emissions. They are now venturing into highly vulnerable regions such as the Arctic and Antarctic, where they destroy local ecosystems and endanger wildlife.

Meyer-Hentrich reveals how the cruise industry’s business model is based on exploiting cheap labour, largely from developing countries, on tax avoidance, and on circumventing environmental and social legislation. Operating outside national territories enables cruise companies to pay rock-bottom wages to crew members from poor countries, such as the Philippines. They levy a so-called service charge on the pretext that this covers crew members’ tips, but in most cases it goes straight into the cruise companies’ bank accounts. Mindful of their increasingly bad image, many cruise companies now engage in corporate greenwashing. At the same time, they use their deep pockets to corrupt local politicians and officials in port cities. The author calls on politicians and citizens alike to be vigilant with respect to the cruise industry. While consumers can make a difference by refusing to book tours with companies that use outsize ships and by critically scrutinising cruise lines’ environmental policies and the way they treat their staff, it is hard to avoid the conclusion that we should just say no to cruising.

Cruise-Ship Madness is an important and well-researched book containing a wealth of detailed and fascinating information about the ever-expanding cruise industry. Highly readable with an accessible style, it should be required reading for anyone tempted to go on a cruise. In addition to its broad general appeal, the book will find an avid readership among environmentalists, human rights activists and politicians.

Wolfgang Meyer-Hentrich was born in 1949. He studied history, sociology and philosophy and works as a publicist and author. His documentary Klaus Fuchs, Atom Spy was awarded the Bavarian Film Prize. His career as a cruise-ship expert began in 2001 with a trip around the world. Since then, he has been on dozens of cruises and has recorded his experiences.