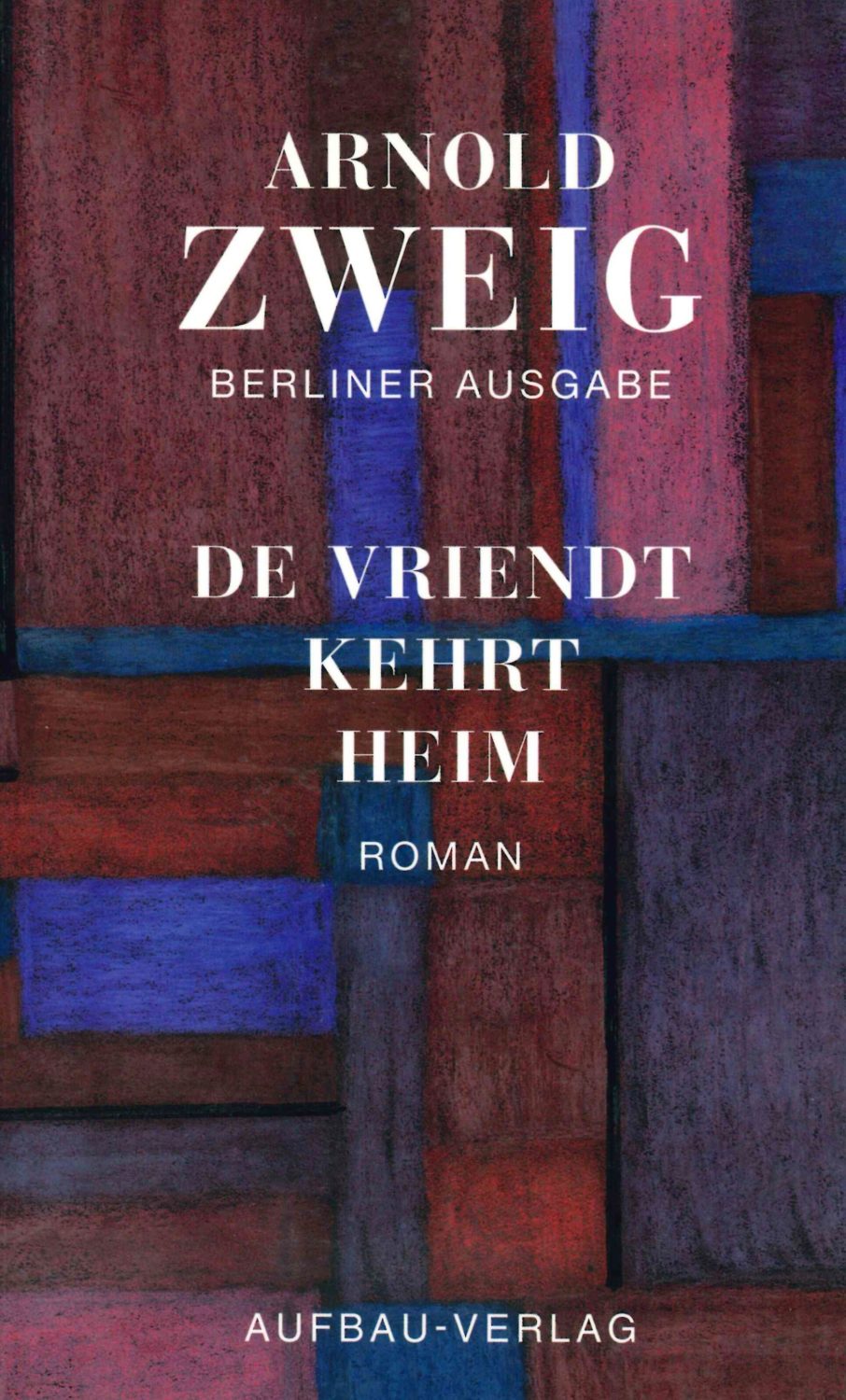 Set in 1929 in Mandatory Palestine, De Vriendt Goes Home is both an unconventional murder story and an insightful tale of state and personal politics in the interwar years. In the masterful hands of Arnold Zweig, a German-Jewish writer who spent the years 1933 to 1948 in exile in Palestine, the story of Jizchak Josef de Vriendt, a pious Dutch-Jewish law professor who is assassinated by a hot-headed young Zionist, illuminates both the intricacies of Arab-Jewish relations in British-administered Palestine and the paradoxes of the human heart.

De Vriendt has a secret: he is gay. He pours his passion for a young Arab boy named Saûd, whom he tutors for free, into quatrain verse. As the novel opens, his relationship with Saûd has been discovered by Irmin, an officer in the British secret service, who advises de Vriendt to leave Jerusalem, fearing reprisals from the boy’s family.

But the relationship is dangerous for another reason, too. It is twelve years since the Balfour Declaration, in which Britain pledged to establish a national home for the Jewish people in Palestine, and six years since the British Mandate in Palestine began. With its implied acceptance of Palestinian Arabs, de Vriendt’s personal connection to Saûd, were it to be discovered, could anger Zionists.

In any case, Irmin’s attempts to save de Vriendt from himself – and the British administration from a lot of bother – are quickly overtaken by events. De Vriendt and his friend Rabbi Zadok Seligmann present a memorandum to the British administration seeking to end the Zionists’ role as representatives of the Jewish people and launch a new era of Jewish politics in the Holy Land. When details leak, they are decried as traitors in the Jewish press.

Nonetheless, when de Vriendt is shot dead in the street, it is assumed that the culprit is an Arab. Despite many in the Jewish community’s reservations about de Vriendt, there is a mass turnout at his funeral. The Arab community interprets this as a show of force against them, and the country descends into chaos, with people fleeing Jerusalem for the countryside.

Amid the turmoil, and after a wrongful arrest, Irmin eventually tracks down de Vriendt’s murderer: a radicalised young Zionist recently arrived from Eastern Europe. Paralysed by the complexities of the case, Irmin fails to shoot the young man as he had intended. Instead, he dumps him from a boat in the middle of the Dead Sea. If he makes it to the shore, Irmin will pursue him no further.

De Vriendt Goes Home is based on the true story of J.I. de Haan, who was murdered in Jerusalem in 1924. It is informed by Zweig’s own disillusionment with Zionism – in 1948 he accepted an invitation to relocate to East Germany where he died twenty years later – and is suffused with his signature humanity. He judges neither de Vriendt nor his murderer. Instead, he burrows into the Jewish, Arab and British communities in Mandatory Palestine without fear or favour to lay bare the origins of the current conflict in the Middle East.

Arnold Zweig was born in 1887 in Groß-Glogau (Silesia). The son of a Jewish upholsterer, he studied German literature and culture, modern languages, philosophy, and psychology. Heavily influenced by the works of Friedrich Nietzsche and Sigmund Freud, Zweig dreamed of a fatherland that did not seem to exist. At first a patriotic supporter during the First World War, his experiences of war led him to become a pacifist. Forced to leave Germany to escape the Nazis, who were burning his books, he remained in Palestine until 1948. Arnold Zweig was awarded many prizes during his lifetime, including the USSR’s Lenin Peace Prize for his anti-war novels. He died in 1968 in Berlin.