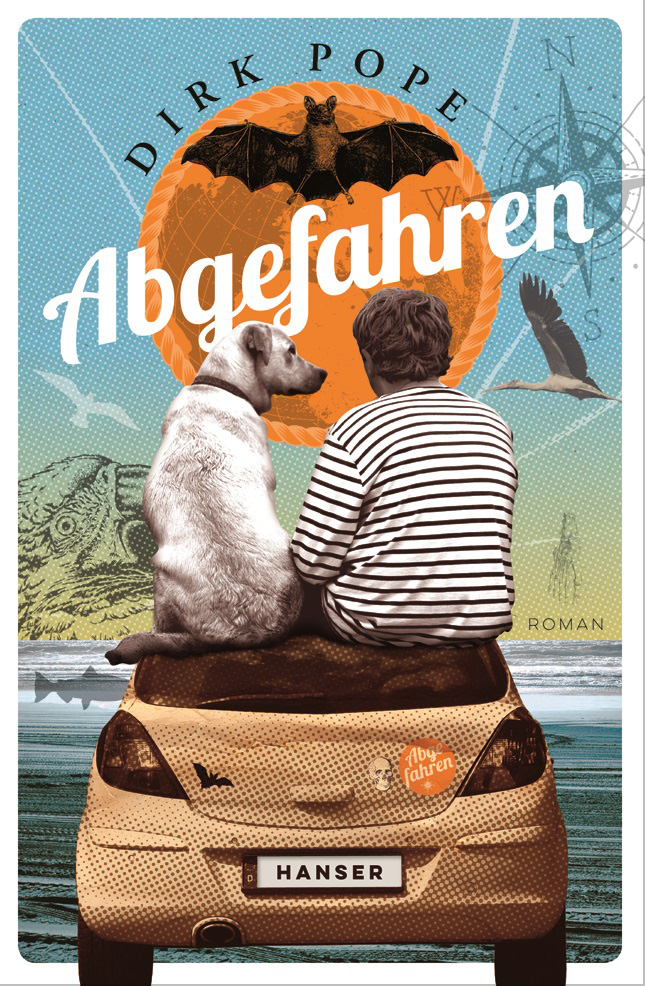 One morning, overweight German-Romanian teenager Viorel walks into the kitchen to find his mother dead at the table. After forty-eight hours of shocked inertia, he resolves to repatriate her body to Romania, a country he has never even visited. Viorel wraps his mother’s body in a sleeping bag and loads her into the boot of her battered old Corsa, then ventures into the unknown. He has made little preparation for the journey and has no luggage, little money and only a map to guide him. His journey takes him almost off the map as he travels much further than Bistritz, which he had believed to be his mother’s home town.

Leaving a service station in southern Germany, Viorel picks up a pale and mysterious black-clad hitch-hiker, who bears a striking resemblance to Dracula. The hitch-hiker tosses his large black kitbag onto the back seat, tells Viorel he is headed for Györ in Hungary and regales him with tales of Vlad the Impaler and Romanian vampires. As the hitch-hiker struggles to remove his bag from the car near Györ, a passing lorry catches it, dragging it and its owner along. Viorel finds the hitch-hiker’s body impaled on a fence and, feeling responsible, puts the body and the kitbag on the back seat before driving on. The car travels onward through a dark and hostile landscape, as snow falls and Dracula’s castle casts a long shadow.

Despite first appearances, this is far more than a conventional vampire novel. Departed incorporates elements from the genre – grave raiding, parrots who take on the spirits of the dead and allusions to Dracula himself – only to debunk them through rational explanation. The supernatural is ultimately suppressed by the rational, in a thoroughly entertaining narrative that proceeds by way of the most outrageous and comical coincidences.

Departed encompasses many kinds of journey: geographical, cultural, social and developmental. Viorel travels from his very limited world to the unknown in the east, and from childhood to adulthood as he takes responsibility for his own life. He moves from social isolation to being comfortable in his own skin, from using food as a comfort to controlling what he eats. This is a pacey narrative interspersed with more reflective and poetic interludes that will appeal to fans of the Twilight series.

Dirk Pope was born in 1969. He worked in creative advertising for ten years before returning to his chosen profession as a teacher. Alongside writing he has been working as an English and PE teacher since 2010. Dirk Pope lives with his family in Frankfurt. Hanser published his debut novel Idiotensicher in 2015.