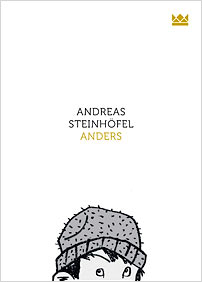 Felix Winter appears to be a fairly conventional eleven-year-old boy until a bizarre accident changes his life completely. After falling off the roof of his parents’ house and then being run over by his own mother, Felix falls into a coma for 263 days – exactly the length of his mother’s pregnancy with him eleven years previously. Then, one glorious summer’s day, he suddenly returns to life. Everyone is overwhelmed and happy, but Felix is not the same person anymore. He remembers neither the accident nor anything that happened before it. Felix embarks on a quest for his own identity, engaging in a series of bizarre experiments that question the fine line between life and death and bring him closer to a disturbing truth.

Andreas Steinhöfel’s latest title breaks all the rules of the typical young adult novel, with triumphant results. Its calm, often philosophical narrative combines symbolic episodes with witty observations and includes crime elements as well as pieces of poetry, resulting in a complex, keenly observed narrative that will appeal to its young target audience as well as to a much older readership.

Andreas Steinhöfel was born in 1962. He works as a translator, reviewer and screenwriter and is the author of numerous award-winning children’s and young adult books.

Anders was also selected by the Litrix.de jury. The book is thereby guaranteed funding for translation into Arabic.