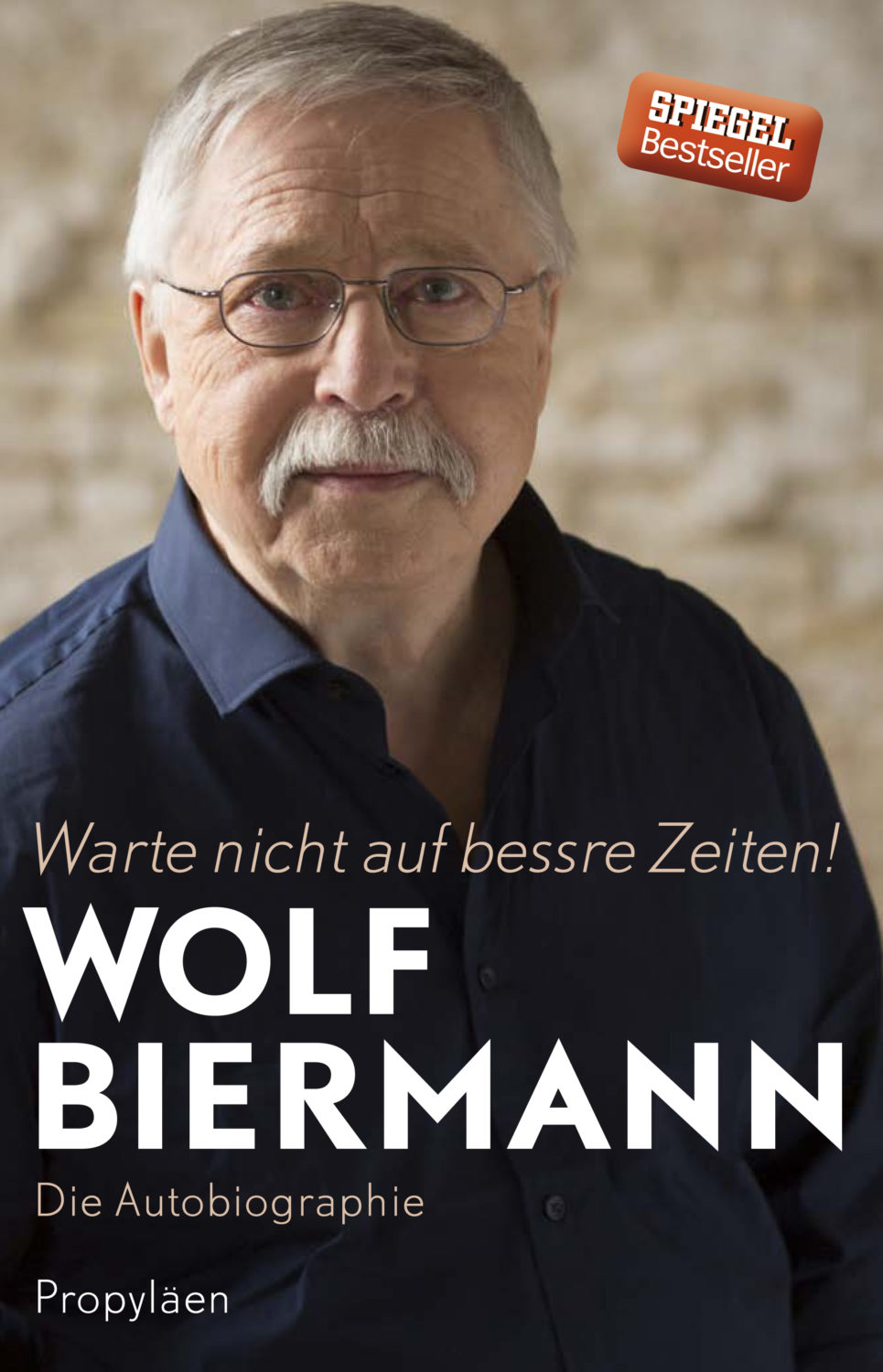 This bestselling autobiography by one of Germany’s most important cultural figures is far more than the memoir of an individual: Wolf Biermann has written a fascinating history of modern Germany.

Singer-songwriter Biermann’s status as a musician, lyricist and outspoken political critic is almost legendary in his homeland. But it is not just his art that makes him a remarkable person. His life intersected with the most prominent German authors, directors, artists and politicians. A dedicated Communist, he moved from Hamburg to the GDR as a student in the 1950s. He started out in theatre, where he worked with Helene Weigel and Hanns Eisler, while at the same time beginning to write and perform songs. In the 1960s, the GDR authorities banned the play he had written about the Berlin Wall, any performances as a musician, and travel to the West – for life. As the prohibitions stacked up, Biermann’s reputation as a dissident hero grew. His reflections on his friendships and disagreements with other dissidents and literary figures such as Heiner Müller, Stefan Heym and Christa Wolf are among the many fascinating anecdotes in this rich book.

Biermann’s autobiography is also a history of the Left in Germany, specifically its manifestations in both the East and the West, beginning in the Hitler years and taking us right through to the present day. In 1976, following a concert in Cologne, Biermann was expatriated and started a new life in West Germany. But he became disillusioned with the Left in the West, and his feelings of alienation increased after the fall of the wall. Even though Biermann exposes the absurdities of life in the GDR dictatorship, which included friends spying on him and the Stasi bugging his flat, he held on to his communist ideals throughout most of his life, and delivers what he calls ‘a communist critique of the wrong kind of communism’.

Biermann remains a popular, if controversial, figure in Germany to this day. His autobiography adopts the same tone as his songs – eloquent and intelligent but also direct, unembellished and with a healthy dose of tongue-in-cheek humour.This is a great book by a key German cultural figure, with a unique perspective on the formerly divided Germany.