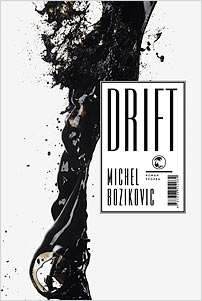 Božikovic’s arresting debut novel is structured as a story within a story: Martin, a journalist, is interviewing Julien, a veteran of the Balkan conflicts of the early 1990s in which he fought as a volunteer. Martin is a wreck – unemployed, left by his girlfriend, and a heroin addict – but desperate to turn his life around, hoping for a major break-through by publishing Julien’s story.

Julien, a second-generation Yugoslavian immigrant, was nineteen when he stole his mother’s car to drive to Croatia to fight and to give meaning to his life. Fiercely determined, he manages to get through to the front line, and the first clash with the enemy proves that he is a natural. Julien soon falls in love with Marina, another member of his squad. On a mission to kill a high-ranked Serbian officer Julien and Marina both get badly injured. After recovering sufficiently to leave hospital, Julien visits Marina at her home and they spend their one and only night together, both high on heroin. For him, it’s the first experience of hard drugs, but for Marina heroin has become the only way to cope with the unbearable pains of her injury. The next morning she is dead, killed by an overdose. Julien is devastated and cannot return to the fighting. He ends up becoming a drug runner to Switzerland, where years later he gets the chance to recount his story to Martin.

Yet at this point in the narrative Martin is also in a state of despair, seeing no chance of escaping from the drugs and alcohol. Finally he takes Julien’s gun in order to commit suicide. By the end of the book, it seems that Martin and Julien might actually be the same person, maybe already dead or maybe still alive, but definitely on the final drift away from real life in one way or another, despite visions of what might have been.

Božikovic’s style is strong and involving, drawing the reader through the scenes of violence and despair that are mixed with images of happier days. Being published on the twentieth anniversary of the beginning of the Yugoslav war, Drift is an unconventional and compelling take on a conflict that is far from being forgotten in today’s Europe. Julien and Martin’s shared stories demonstrate with an unerring eye how war not only kills but also destroys lives.

Michel Božikovic was born in Zurich and studied philosophy, political science, journalism and communication studies in Constance and Zurich. From 2000 to 2006 he ran his own studio (with his own label) as well as managing a publishing house. He wrote scripts and also skippered a yacht. Since 1992 he has worked in advertising, both writing texts and coordinating strategy. Today he lives in Zurich and works in Basel. Drift is his first novel. A second work is now on the way.

Klett-Cotta Verlag has a reputation as a prestigious literary and scientific publishing house dating back to 1659. Cotta was the original publisher of Goethe and Schiller. Klett-Cotta publishes both classical and contemporary fiction by German and foreign authors as well as books on the humanities, psychology, philosophy, history, politics, management, educational theory and ecology. Klett-Cotta authors include Stefan George, Ernst Jünger, Doris Lessing and Seamus Heaney.