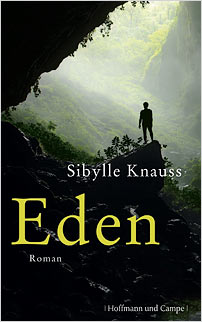 This novel reconstructs the lives of two famous archaeologists, Louis and Mary Leakey, and their work on the evolution of prehistoric man. It opens many millennia ago with a man, woman and child fleeing from a volcano eruption and leaving the imprints of their feet in the ashymud of the ground. Then in 1977 Mary Leakey discovers these tracks and speculates on their origin, and from then on, in alternating chapters, the tale moves between the long-ago past and the twentieth century.

Mary’s moment of fame comes in 1948 when she flies to London with her fossil skull ‘Proconsul’, a significant find, even though it later transpires that it is the skull of a monkey and not a human. Mary and Louis, who has divorced his first wife, have four children together, Jonathan, Deborah (who dies of dysentery at three months), Richard and Philip, but in time their relationship comes under strain owing to Louis’s many affairs and eventually they separate. But Mary keeps track of the life that Louis is leading. She knows of his success, that he is admired all over the world, fills lecture halls to bursting and finds employment for all his female admirers. She also knows of his illnesses and that he does not have long to live. When he dies in London in 1972 his body is flown to Nairobi for burial.

Mary falls ill in 1996. She is in hospital dying. Confused about where she is and having lost track of time, she takes a trip down memory lane and recollects her life, remembers her excavation team, her desire to discover something of great importance, her family, especially Philip, who had given a kidney transplant to the brother he harboured little affection for, and so back far beyond her own lifetime, to four million years ago and, looking down at herself, sees an australopithecus afarensis (an extinct hominid) before dying.

Sibylle Knauss’s novel paints a vivid picture of prehistoric man and the various stages of his evolution, including his sexual evolution. And since Leakey himself, in addition to much else, was a stalwart champion of Darwin’s theories, her book has an obvious topical appeal just now. An absorbing read for all interested in this much-speculatedupon subject.

Sibylle Knauss, born in 1944, grew up in the Ruhr Area and studied German and Theology. She has written numerous novels, among them the bestseller Evas Cousine (Eva’s Cousin), which the New York Times chose as one of its Books of the Year in 2002. Apart from authorship, she is Professor at the Baden- Württemberg Film Academy, where she works as a scriptwriter. In 2006 Hoffmann und Campe published her novel The Marquise de Sade. Sibylle Knauss lives near Stuttgart.