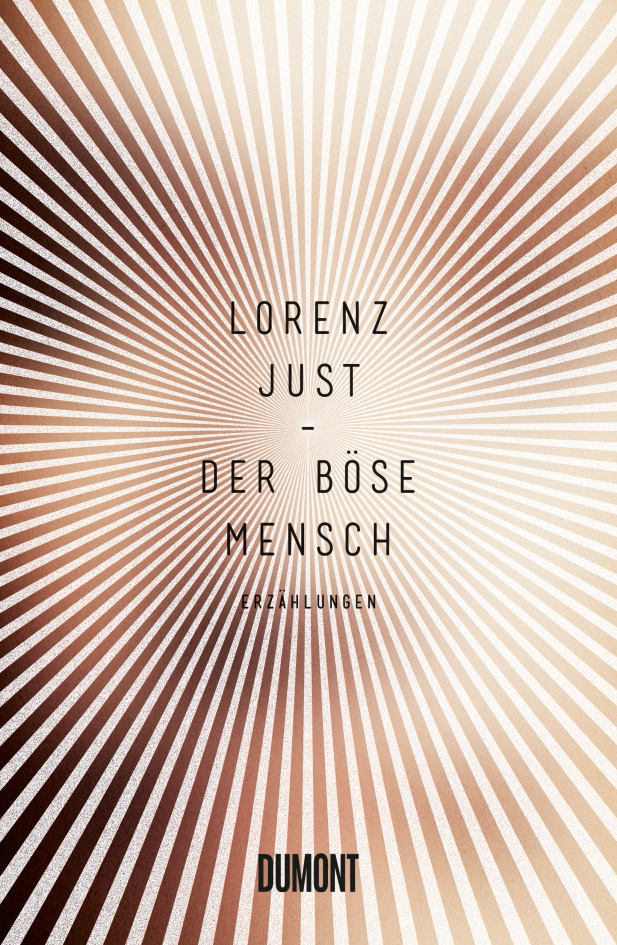 Lorenz Just’s literary debut is a collection of interconnected short stories reflecting on humanity’s potential for evil. Just’s writing calls to mind the wry, subtle style of Lydia Davis, with the same thrilling tension between the narrators’ potentially problematic point of view and the author’s veiled intention.

The stories are told in a sparse, dry style, the author maintaining an ambiguous, ironic distance and leaving readers to pass judgement themselves. ‘The Neighbour’ and ‘The Neighbour at the Kitchen Table’ are both monologues by a former African general and war criminal, now living in exile in Germany. Recounting the war and his role in it, he is studiously unrepentant. In the second story, the general’s wife has him write his experiences down and although he humours her he sees no redeeming or therapeutic value in the exercise. ‘From My Brother’s Diary’ and ‘In the Atelier’ present the work and thoughts of the narrator’s brother, a young artist. The first story explicitly evokes Vincent van Gogh’s letters to his brother Theo. The ironic implication is that the narrator – the writer – cannot fully grasp the artist or the artist’s nature. In the diary, the brother speaks of his work and his dissatisfaction with it. In the second story the narrator is using his brother’s studio as a writing space while the brother is out of town, but rather than work, the narrator looks at his brother’s drawings. A story takes shape through the narrator’s description of the successive artworks he views.

‘Dear Child’ is the boldest of the stories in which Just exploits his authorial irony to the greatest extent. The story is a letter by a father to his unborn child. We soon learn that the narrator and his wife, on learning during the pregnancy that their child would be severely handicapped, decided to terminate the pregnancy. In the letter the father addresses the child, whom he and his wife still feel is with them. The child becomes a kind of ever-present protector for them; its presence justifies for them the utter rightness of their decision. The author never tips his hand to reveal his attitude towards the father or his decision – such judgement is left entirely to the reader.

Evil People is ambitious in its wide array of subjects and approaches to storytelling. The fact that several of the stories overlap with one another has the effect of enveloping the reader in a fractured but convincingly cohesive world. This is a thought-provoking read which is destined to become a talking point.

Lorenz Just was born in 1983 and studied Islamic Studies in Halle an der Salle. During his university studies he spent lengthy periods of time in Egypt as well as in Lebanon at the Orient Institute in Beirut. He also travelled in Yemen, Syria and Iran. Just was a student at the German Literary Institute in Leipzig from 2011 to 2015, and finalist in the 2014 MDR Literary Competition. In 2015, he published his YA book Mohammed. The Unknown Life of the Prophet (Gabriel Verlag). Evil People is his literary debut. He lives in Hannover.

Previous works:
Mohammed. The Unknown Life of the Prophet (2015)