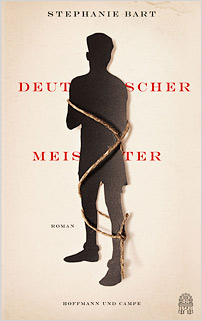 Johann Trollmann was one of the most famous German boxers of the 1920s and early 1930s, impressing everyone with his unusual footwork, his talent and his charisma. But Trollmann’s fate was inseparable from his Sinto heritage and he was soon brought down by the rising wave of Nazism, though not before his incredible story unfolded; one which Stephanie Bart brings to life with a fictional touch.

The novel opens in the summer of 1933, when Jews are increasingly being forced out of German public life. Hitler has come to power and has declared boxing a venerable sport. In a far corner of Berlin, the newly installed chairman of the German boxing federation has taken Hitler’s words to heart and decided to make it his mission to rid the sport of any ‘unworthy’ athletes. Jewish boxer Eric Seelig, the current middleweight/light-heavyweight champion, is the first in his sights, and the chairman manages to force him out of a fight at the last minute. Seelig is literally pushed out of the door, ultimately fleeing the country, and the chairman’s behindthe- scenes manoeuvring puts another rising star, Johann ‘Gibsy’ Trollmann, into the mix instead.

On 9 June, Trollmann steps into the ring to fight Adolf Witt for the German light-heavyweight title. Although he’s clearly leading by points, the fight is declared ‘no result’ at the behest of the chairman and other Nazi officials. The public outcry is immense and officials are forced to recognise Trollmann as the winner. A new match is set for later in the month, but Trollmann is forced to agree to keep his flamboyant boxing style in check or risk being disqualified. He agrees but, ever the showman, dyes his hair blonde and paints his face white, stepping into the ring as if mocking the audience, daring them to say he isn’t German enough to box. Yet without the licence to box as he truly can – to use his feet and his true talent – he is eventually knocked out by his opponent. Trollmann ultimately dies in a concentration camp in 1944.

The character of Trollmann’s fictional sparring partner – the chairman – encapsulates how National Socialism wove its way into the fabric of society, one bureaucratic step at a time. Bart succeeds in capturing the world of boxing through a straightforward and unvarnished style – almost like journalistic sports reporting – yet also revels in the smallest of details, painting a powerful portrait of Trollmann’s life and times.

Stephanie Bart was born in 1965 in Esslingen am Neckar. She studied anthropology and political science at the University of Hamburg. She received a scholarship from the German Literature Fund in 2011 and 2012 for the work on her novel Deutscher Meister (2014). Since 2001, she has been living in Berlin.