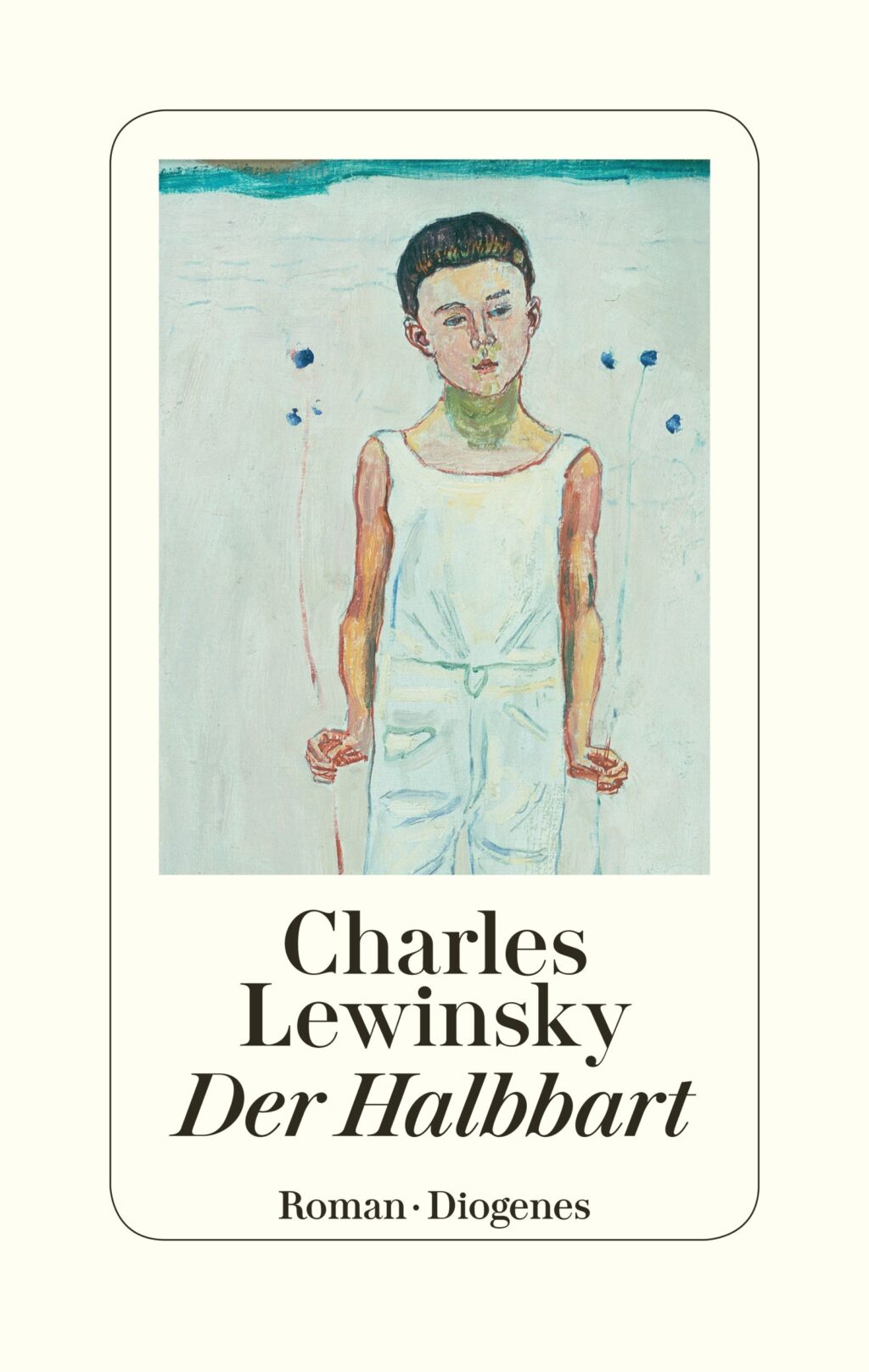 Charles Lewinsky’s latest masterpiece is a coming-of-age story set in medieval Switzerland: a fourteen-year-old boy meets a mysterious, worldly-wise figure at the edge of his village, leading to an epic tale about the true nature of humanity.

When a man appears on the outskirts of the village where Sebi lives, the villagers are intrigued by the enigmatic figure. Halfbeard’s physical appearance, with burns covering half of his face, provokes many questions. Halfbeard quickly establishes himself as a font of knowledge, gathered from his experiences far beyond the village. These experiences are drip-fed slowly to Sebi and to the reader, so that we discover his story simultaneously with Sebi. Halfbeard can speak Italian and play chess, but Sebi only learns later that he has travelled many miles across the mountains after escaping from being burned at the stake. Halfbeard feels guilty for surviving and escaping, leaving two other prisoners to their fate in the flames.

Lewinsky depicts the harshness of rural, fourteenth-century life, as well as the central role played by religion and storytelling in the villagers’ lives. When Sebi’s mother dies of an illness that even Halfbeard can’t identify, Sebi is sent away to the monastery where he has always dreamed of studying. Although Sebi has long wanted to become a monk, because at the monastery he’ll be taught to read and be given access to books and stories, it is Halfbeard who ultimately opens his eyes to the outside world and to the reality and complexity of human nature.

Halfbeard disappears and Sebi and his friend sneak away to find him. He has been put on trial, and finally he begins to divulge his story to Sebi – he was to be put to death for heresy. A quest follows, along with a steady stream of escalating incidents: lies, deaths, brothers being separated and reunited, chaotic battle scenes. The saga and Sebi’s character development come full circle as he finally takes his turn as storyteller, with the villagers gathered around him, just as he had listened to Halfbeard’s tales.

Halfbeard reads with the engagingness of a Netflix series. There are numerous subplots threaded through the main theme of discovering Halfbeard’s backstory; the book’s chapters are short and episodic, often almost self-contained miniature storylines, but each one ends with a narrative hook or cliff-hanger that contributes to the central plot. Although the novel is firmly anchored in the fourteenth century, some of its qualities – Halfbeard’s lessons about humanity – are both timeless and timely. The richness and depth of Lewinsky’s narrative guarantee its appeal to a broad readership.

‘For the latest issue of NBG a striking number of historical novels were offered for submission. Of these my eye was drawn in particular to Charles Lewinsky’s Halfbeard, set in the fourteenth century, in which a boy meets a stranger from a far-off land and learns about the best and worst in humanity. Having thoroughly enjoyed Daniel Kehlmann’s Thirty-Year-War epic Tyll, in Ross Benjamin’s excellent translation, and also Lewinsky’s previous novel, Der Stotterer, I look forward to spending many an autumn evening with Halfbeard.’ 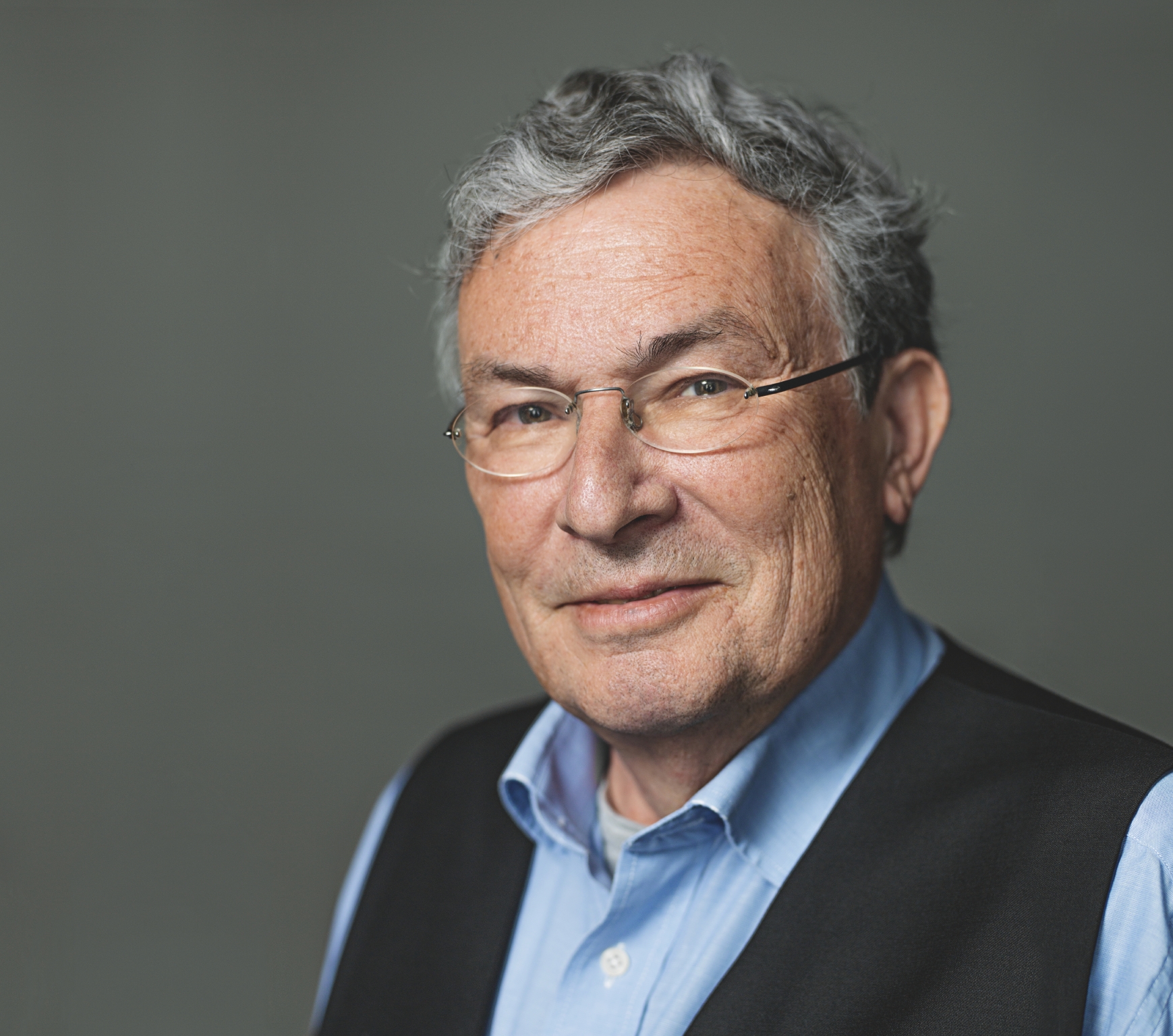 Charles Lewinsky, born in Zurich in 1946, has been a freelance writer since 1980. He gained international renown for his novel Melnitz, which won numerous prizes, including the French Prix du meilleur livre étranger and the German Schiller Foundation Prize. He lives in Vereux (France) in the summer, and in Zurich in the winter.