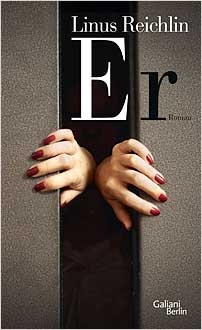 He satisfyingly combines crime and literary fiction. What drives the action is not so much the desire to know as the need to cope – or to stop attempting to cope.

The novel has two narrative strands, which remain separate until its last chapters. The first begins with two middle-aged men, Sean and Angus, receiving the dying wish of old Alasdair in the Stornoway hospital on the Hebridean island of Lewis. His wish is that they go to Germany and tell his daughter “not to do it. The photo. Tell her not to do it, for the love of her father”. What this photo is will not be revealed to the reader until the narrative strands intertwine; nor will the source of Angus’ deadening sense of guilt. All we know is that it is somehow connected to this photo, which is somehow connected to the Lewis men’s annual cull of guga birds on a nearby island. The other strand follows Hannes Jensen, a former policeman who is the protagonist of Reichlin’s two previous novels.

Although the narrative moves towards moments where truth is revealed and explained, its motive force remains the characters’ attempts to deal with guilt, betrayal and jealousy.